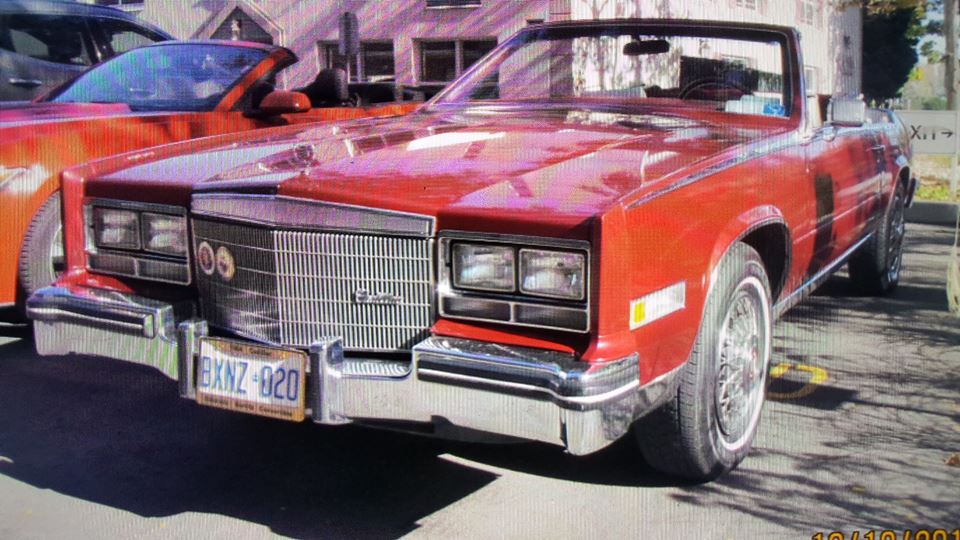 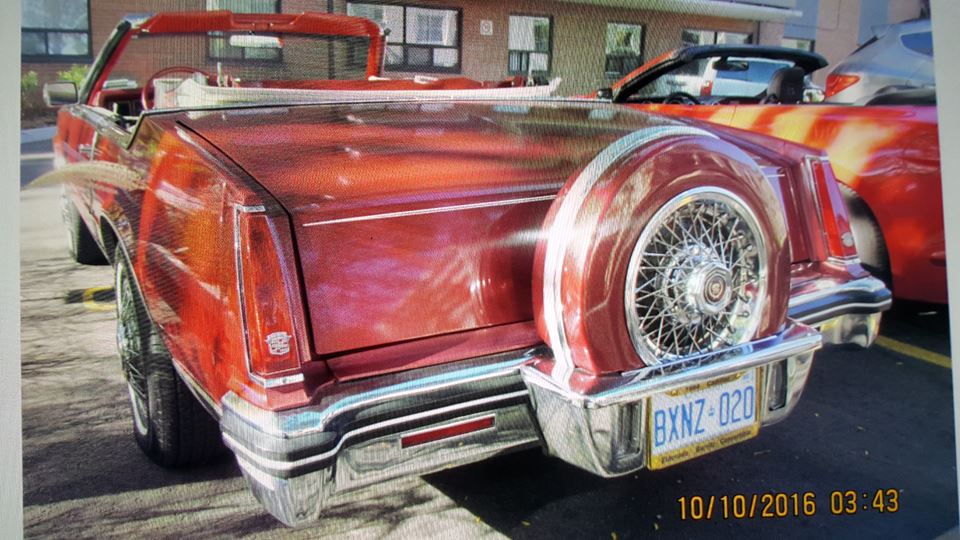 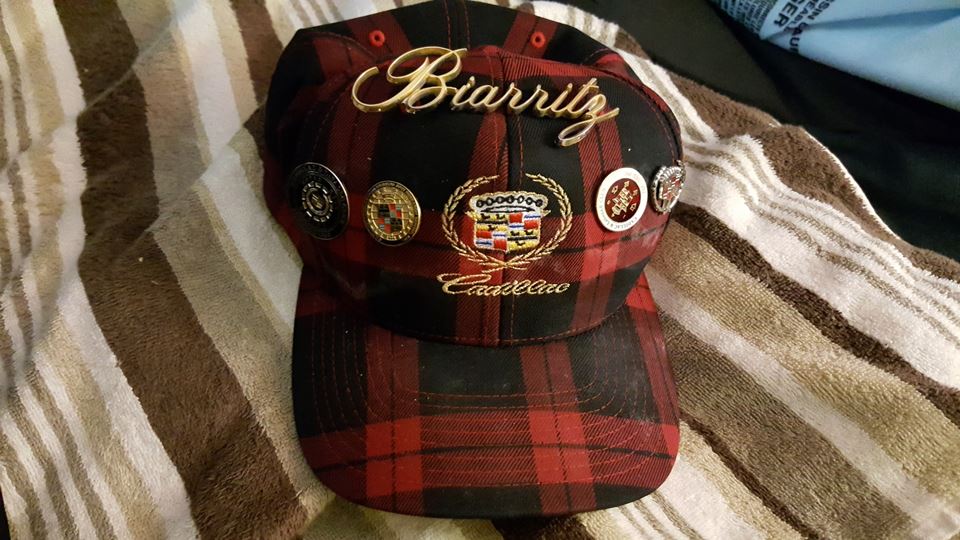 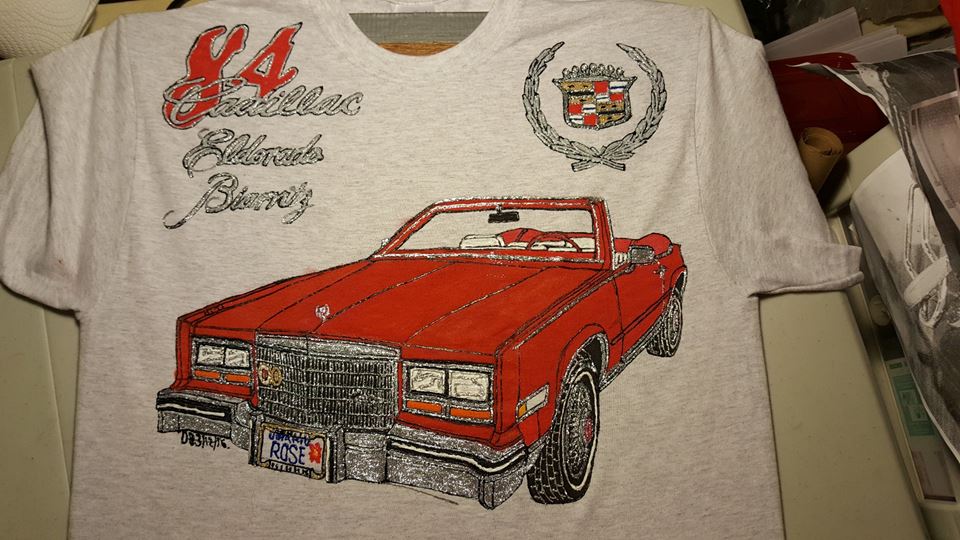 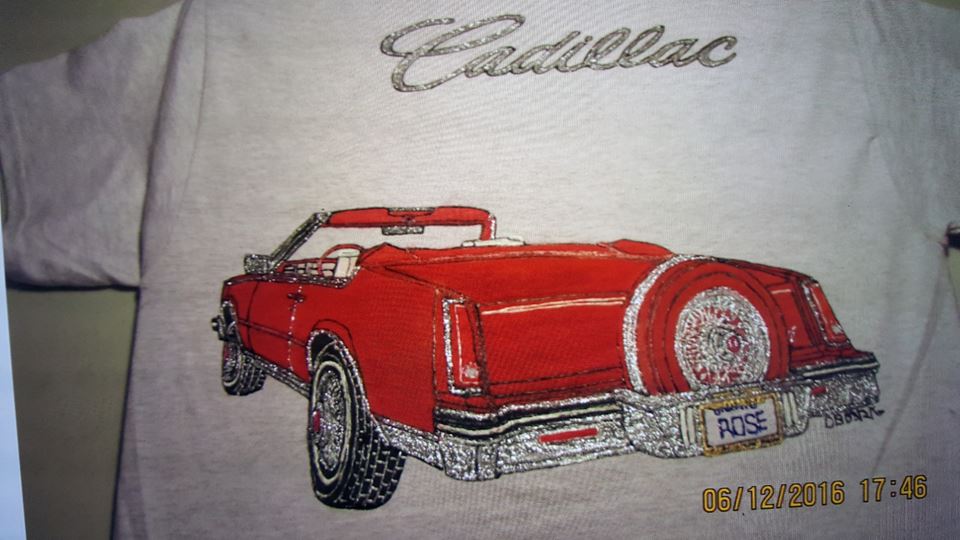 IN 1984 I worked for Doug Leggat at Leggat Pontiac -Buick-Cadillac-GMC Truck on Brant Street in Burlington.

This Cadillac came in to the dealership and I was ordered to do the new car clean up on it, it was a 1984 Cadillac Eldorado Biarritz convertible converted from a Biarritz coupe into a convertible by ASC.

I did it. I took the side door invoice off the car , while I was cleaning it up and it was drying.

When I was done and the invoice was dry I wrote on it "1984 Cadillac conv.

I put the car in the show room .

Doug Leggat came down from his office and told me it was a gift to his wife and put it in back in the shop and she will pick it up later. I was to plate the car.

I told Doug Leggat that I was in love with this car.

He laughed said I could never afford it besides you just bought a new lease van and you are into hot rods.

Okay...I told him that one day I will own this car.

Okay many years have gone by , I was put on disability pension and 32 years later I had seen this 1984 Cadillac Eldorado convertible on line in the Auto Trader.

I emailed the guy who was selling it and he said it was still forsale and I went to see it.

It was located in Woodstock, Ontario,Canada.

I put a deposit on it and I went to my parents estate trust company and got the rest.

I went back on the neinvoivce xt week and with a certified cheque in my hand I bought her and got a ramp truck to bring her back to Burlington,Ontario where I live.

As I was cleaning the car out af going to own ter it was cert. I noticed an envelope. It was the same invoice that I put in the glove box in 1984 with my hand writing on the back "1984 Cadillac conv." On it.

Going to own some day.

I finally got my dream car 32 years later.

I finally own this car and with much TCL and another $5600 Iñ repairs and paint ,she is a well looked after Cadillac that will be mine for a long time I hope.

I paint Cars on T-shirts , I made myself several T-shirts of my "ROSE " for myself and had a baseball cap made up also.

This is my story.

Rose is not fore sale etherthanks for reading my story.

Rone is away in Storage along with another 50 or more old cars in an underground parking spot at a seniors complex till this spring where I will... 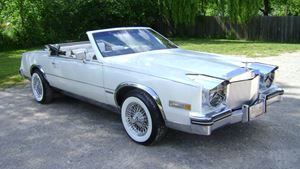 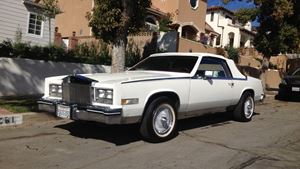 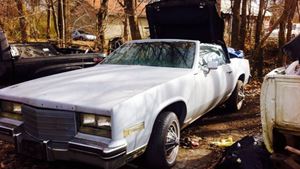 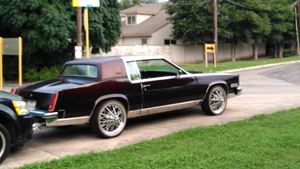 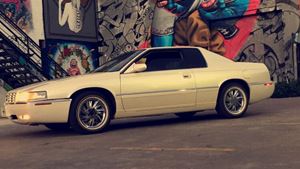 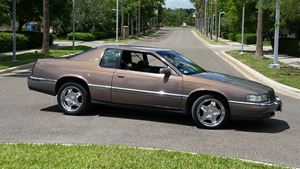 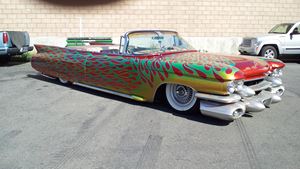 Cadillac Eldorado Beuaty an the Beast 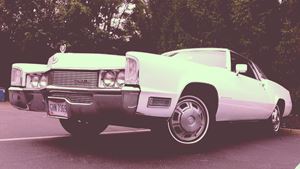 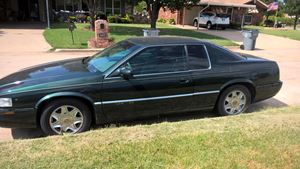 Cadillac Eldorado L Do Do 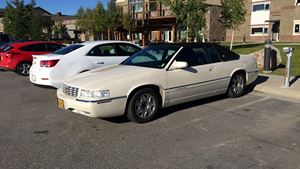 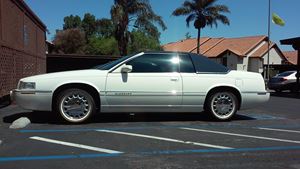 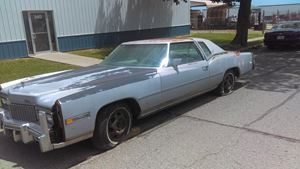 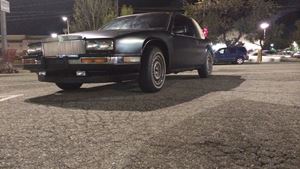 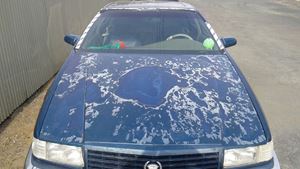 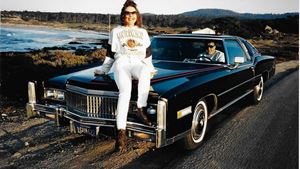 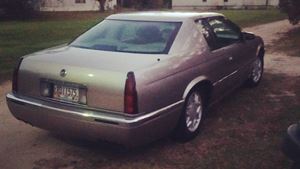 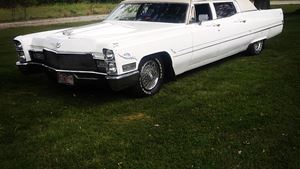 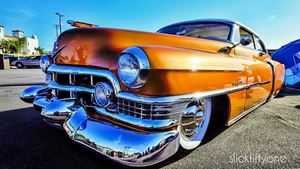 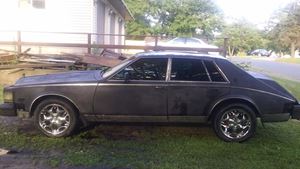 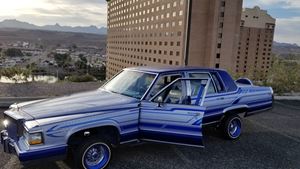 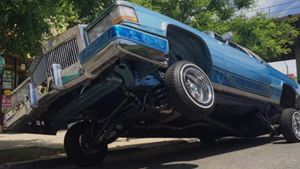 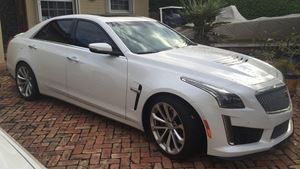 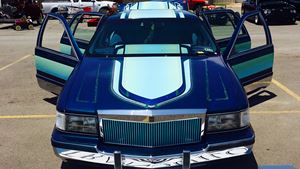 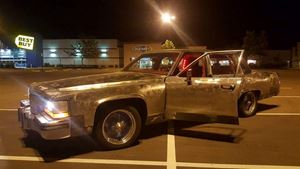 Cadillac Brougham THIS CAR IS FOR SALE 3500