Back to working on the Firebird. This is the first part of several posts I will have of updates to modernize the car. I have had most of the parts for several years but Covid quarantine gave me the excuse to get a few of these changes on the car. Up first is the 98-2004 LS1 rear disc upgrade. For the most part this is a simple upgrade to get a 12" rear disc for your 10/12 bolt rear end using mostly factory parts. There are a few of ways to do this such as using two backing plates from the same side to get shock clearance. However, I choose to use a right and left backing plate and relocate the shock to get the clearance I needed. This allows me to use the factory second gen e-brake routing for the emergency brake cables.

After removing the c-clips from my axles, I disconnected my wheel cylinders, e-brake cables and pulled the drums off uneventfully. I then mocked up the left and right LS1 backing plates, left and right calipers and rotors. I ended up needing a .200 shim to push the caliper outward to align it correctly over the rotor. I had a set of moser bearing retainer plates from an old project which turned out to be the perfect width to make a shim after grinding out the center hole to fit around the OD of the axle tube.

Next issue was the lower shock mount on the driver's side. That needs to go toward the front of the car about 3/4" for clearance between the caliper and shock. I drilled the hole in the spring plate where I needed it and added a grade 8 "thick" washer under the upper shock mount to kick the shock forward and into the newly drilled hole. The only downside I can see to this is that the hole is no longer in a flat area of the spring pad, the lower shock bushing is not loaded evenly and will likely see premature wear.

I just cut my previously bent hard lines, added a new tube nut and ran a new braided flex brake line from Earls to each caliper. I needed longer wheel studs from the aluminum drums, just never put them in and with the axles out, I replaced the studs with slightly longer 7/16 wheel studs from Doorman.

If I had to do it over again, I would definitely go with the LT1 or Blazer system. I would have lost 1" in rotor diameter but in exchange, I would not have to be fabricating a bunch of stuff to get my e-brake to work. Finishing up the e-brake is going to need to be a project for another day. 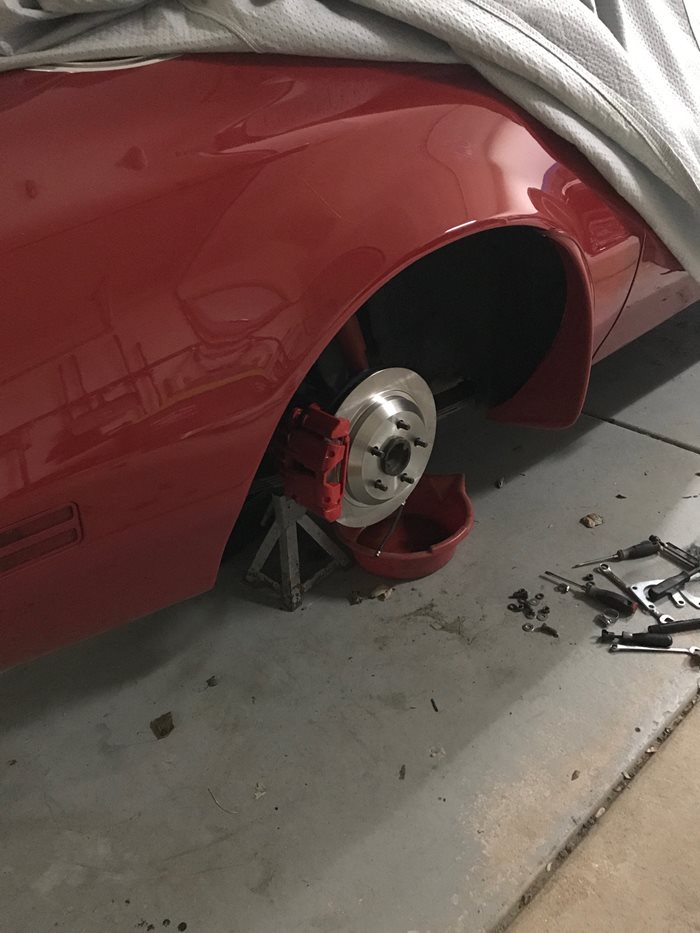 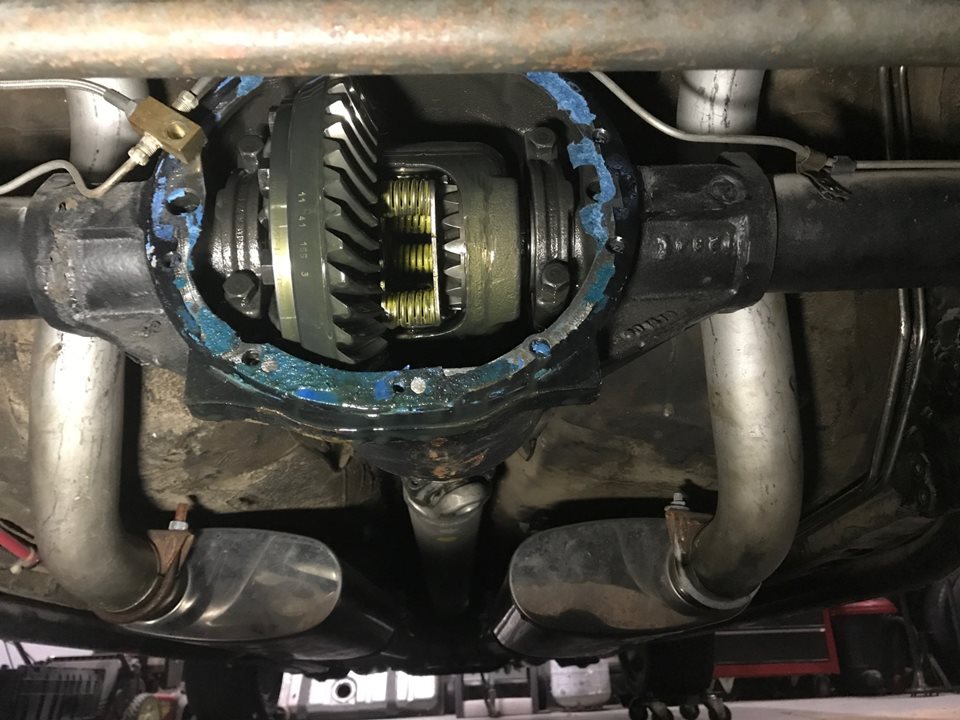 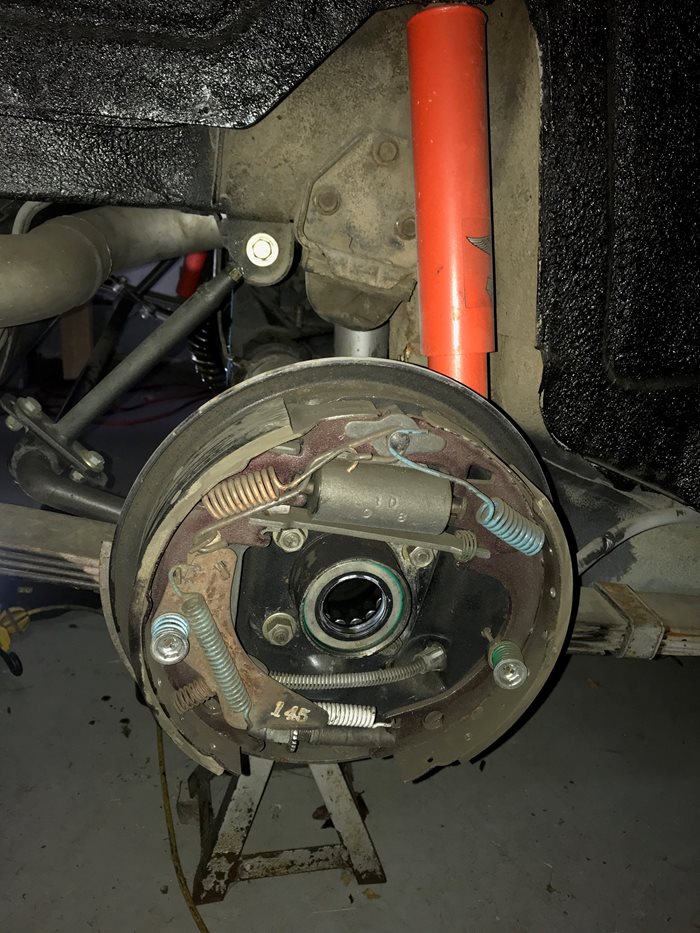 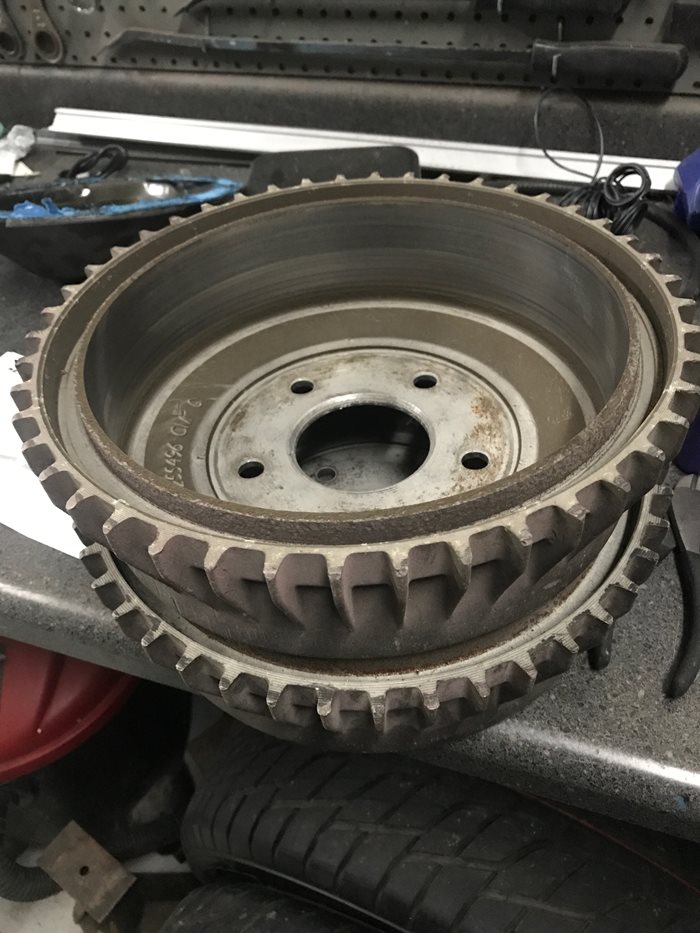 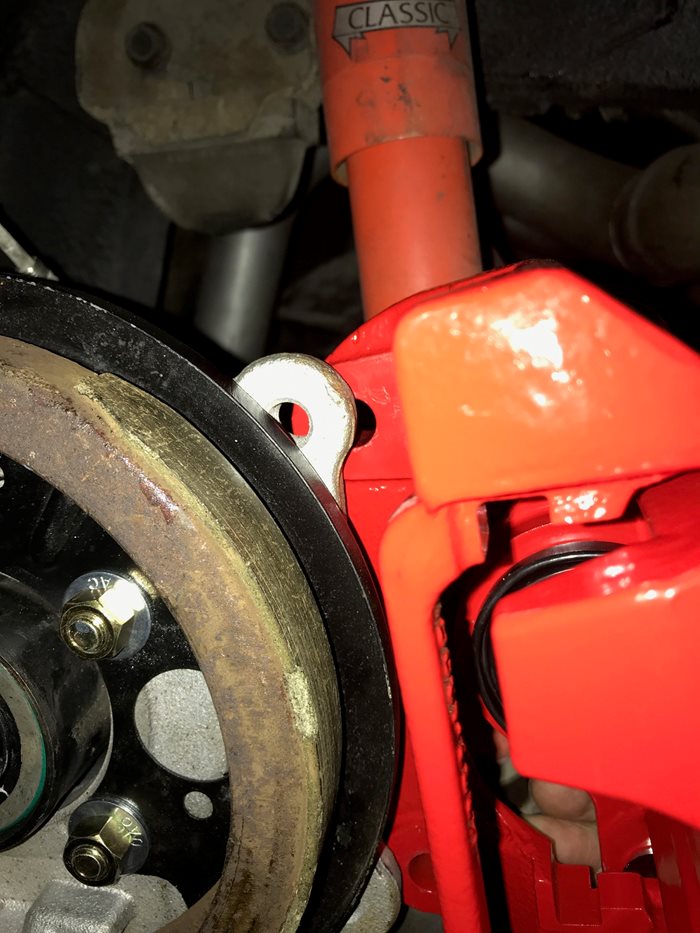 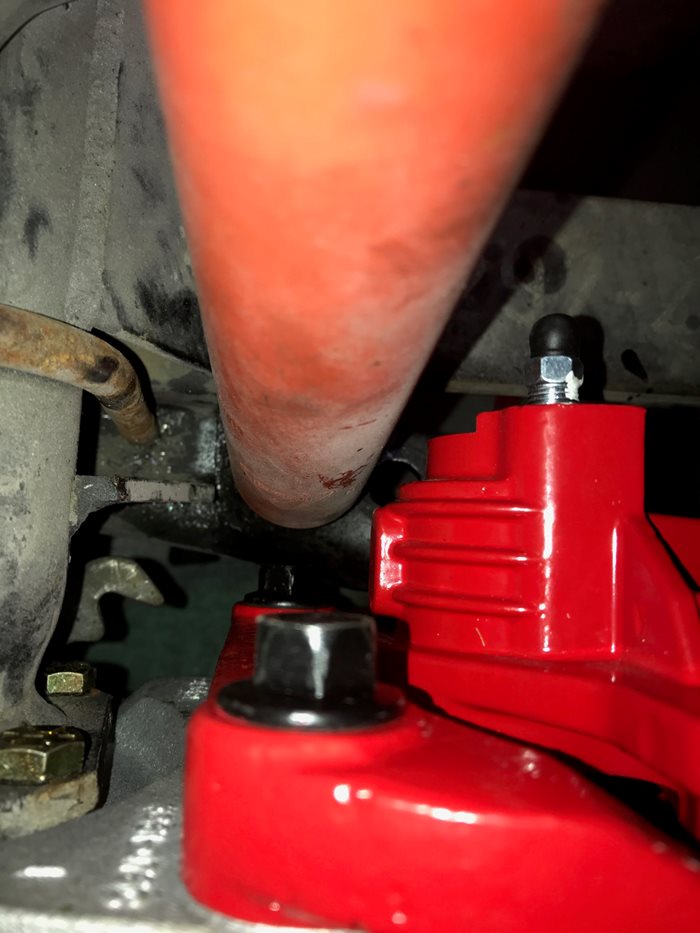 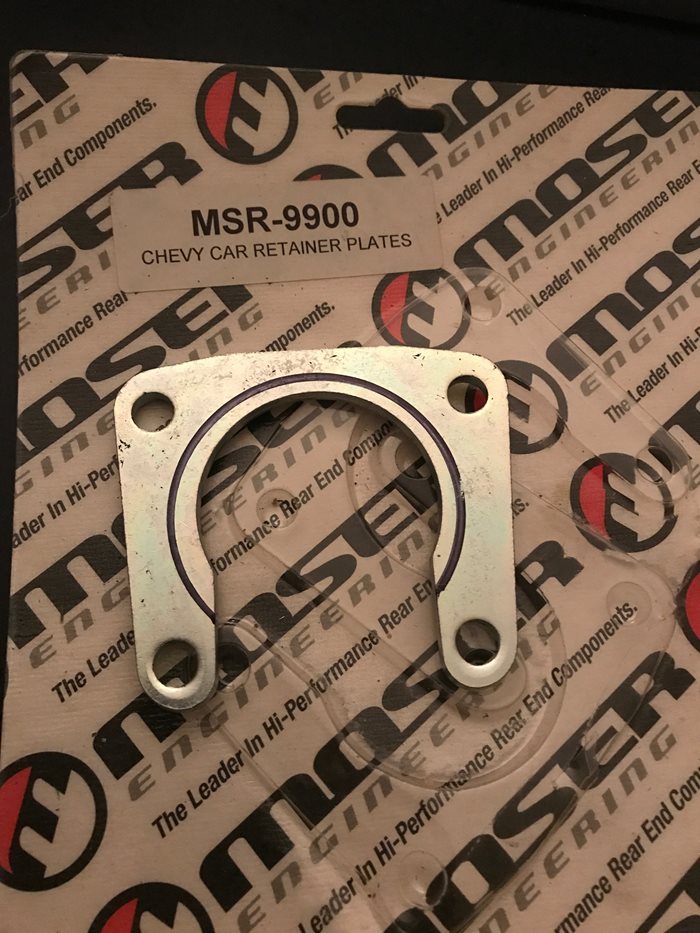 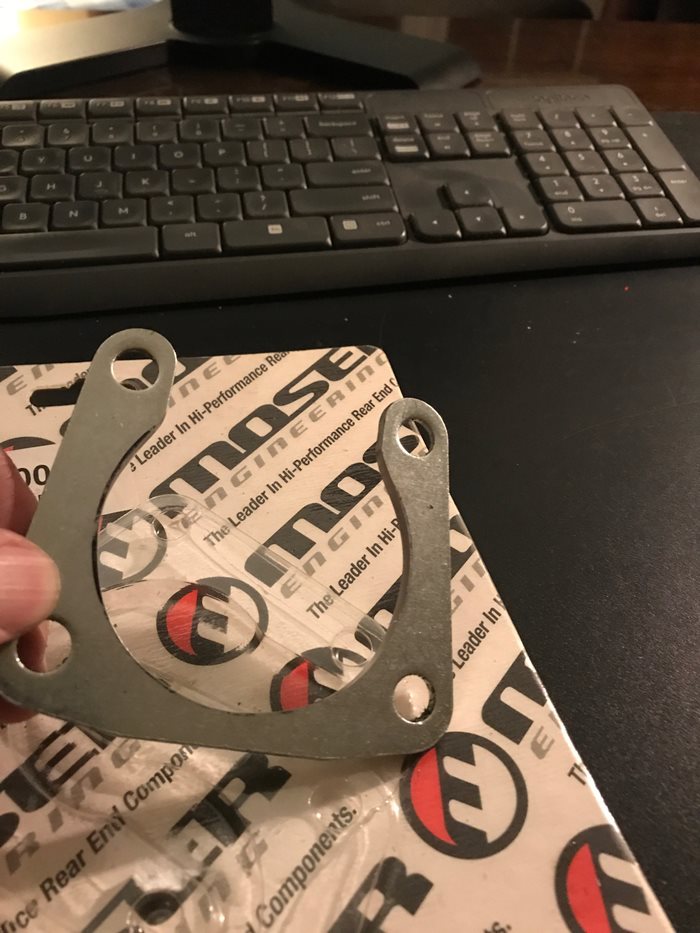 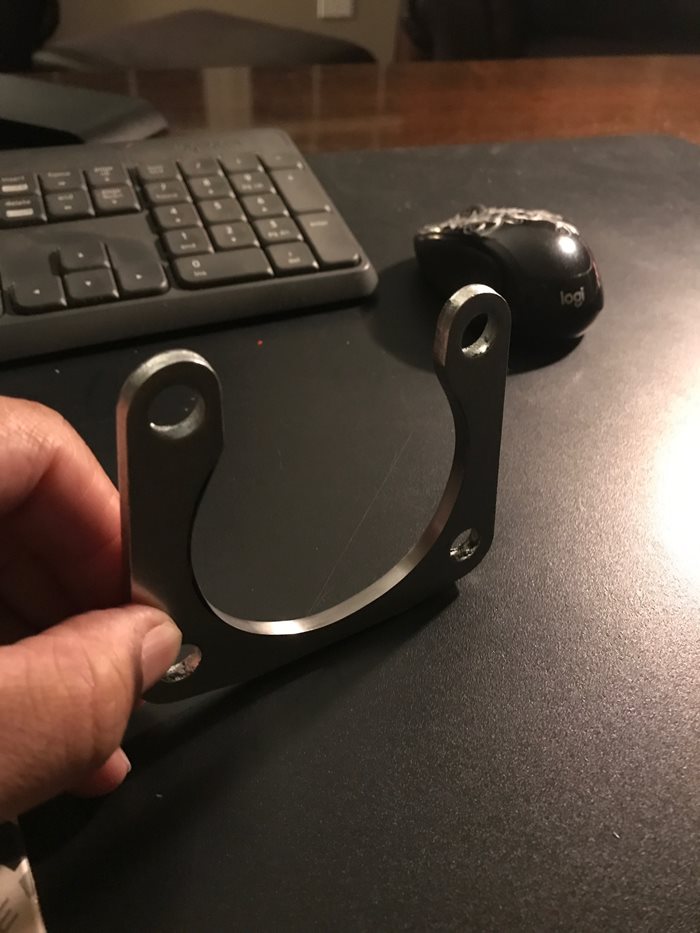 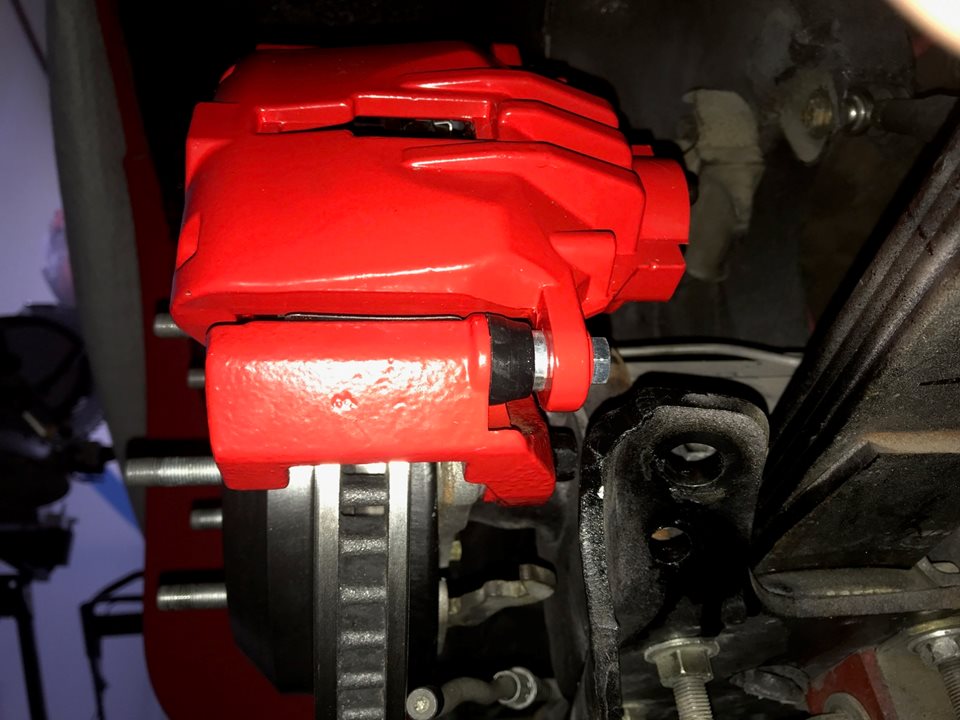 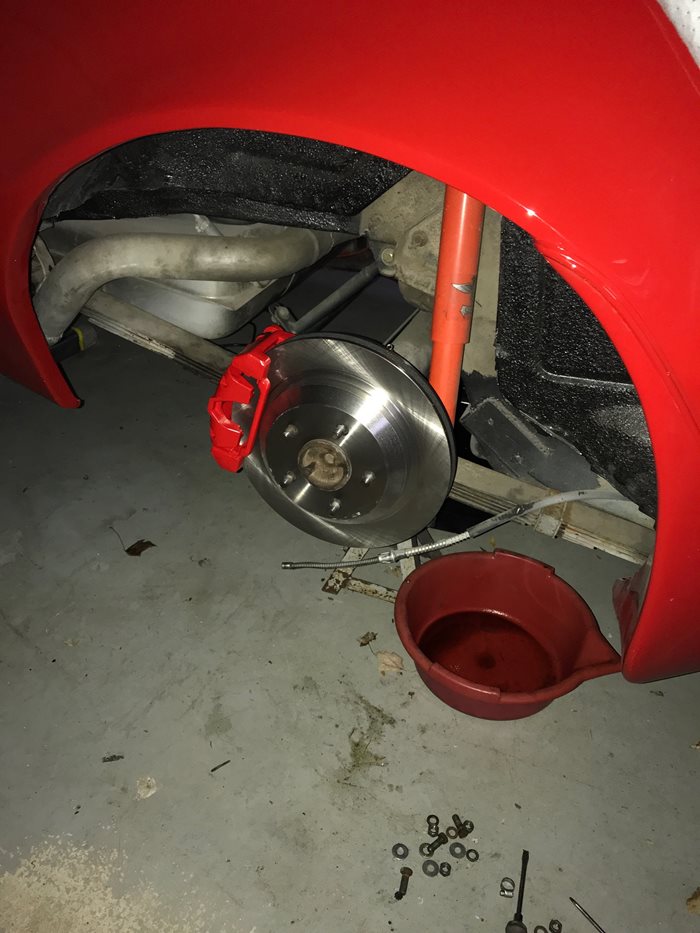 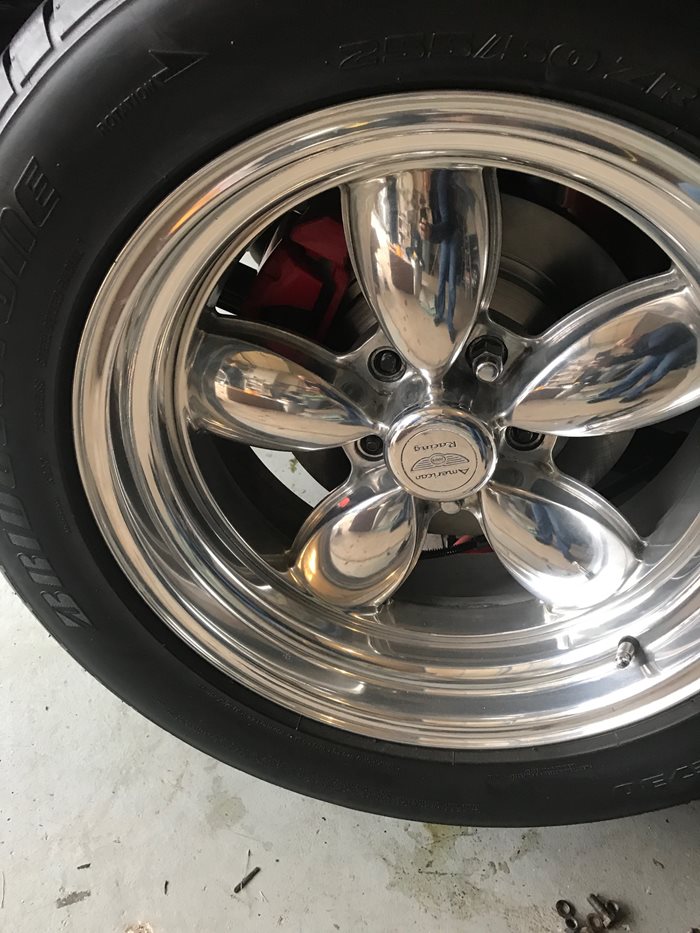 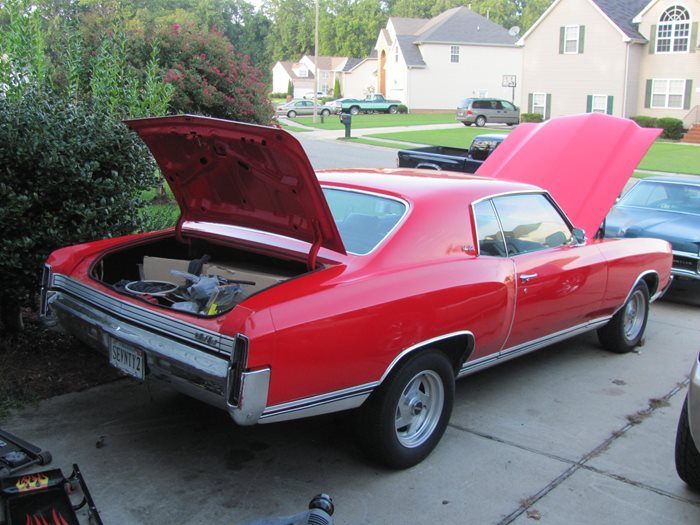 Restomod
On the day I drove it home, outside of being ecstatic I did take notice of a few things that needed some immediate attention. For starters the...
Comment Like 3 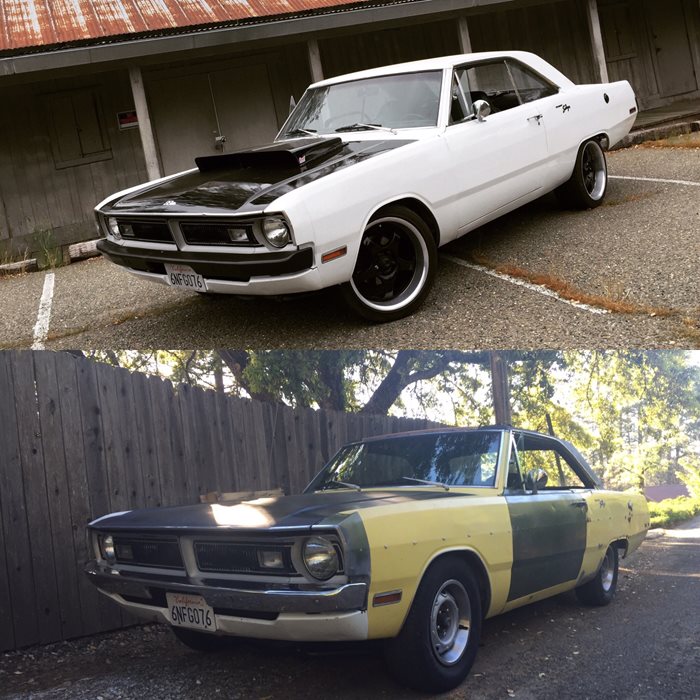 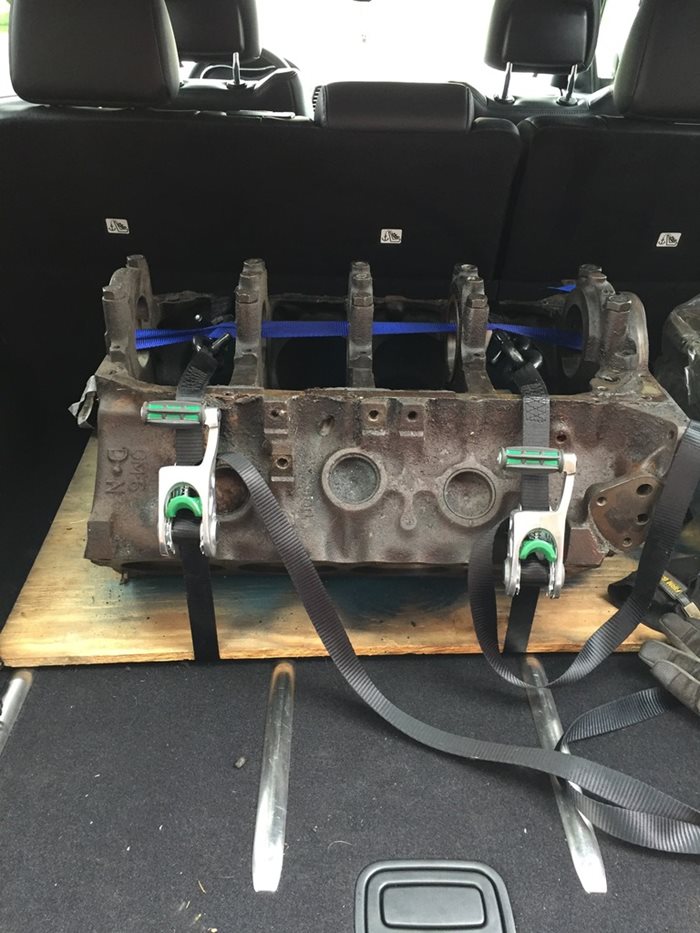 Restomod
I hope to now have the engine my car finally deserves. To make a long story short, I have had terrible luck with the current 455 based motor in...
Comment 12 Like 20 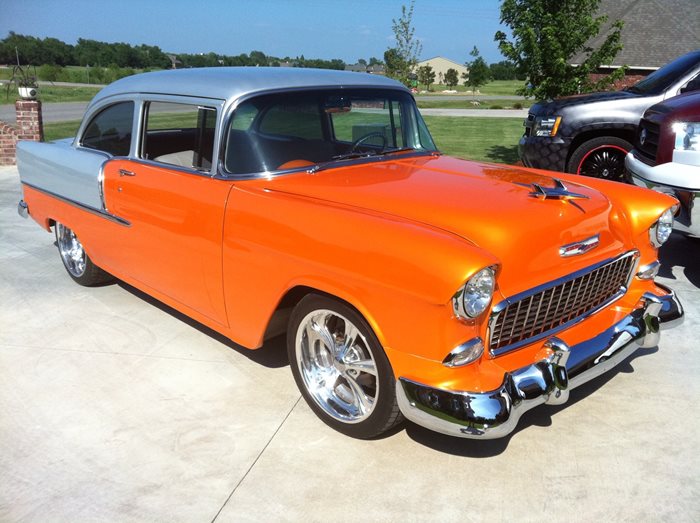 Restomod
My wife and I bought this '55 in 2007 from her parents who had purchased it in 1968 when they got married just after graduating high school. We...
Comment 4 Like 32 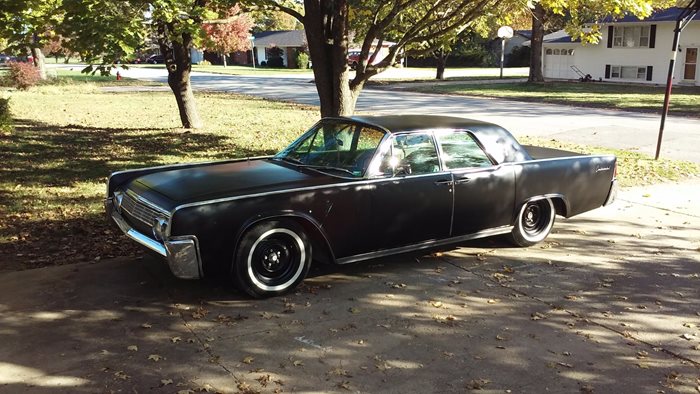 Restomod
I haven't forgotten about the car, or posting. Things just haven't worked out to keep progress moving so steadily, but it's still happening. ...
Comment 2 Like 20 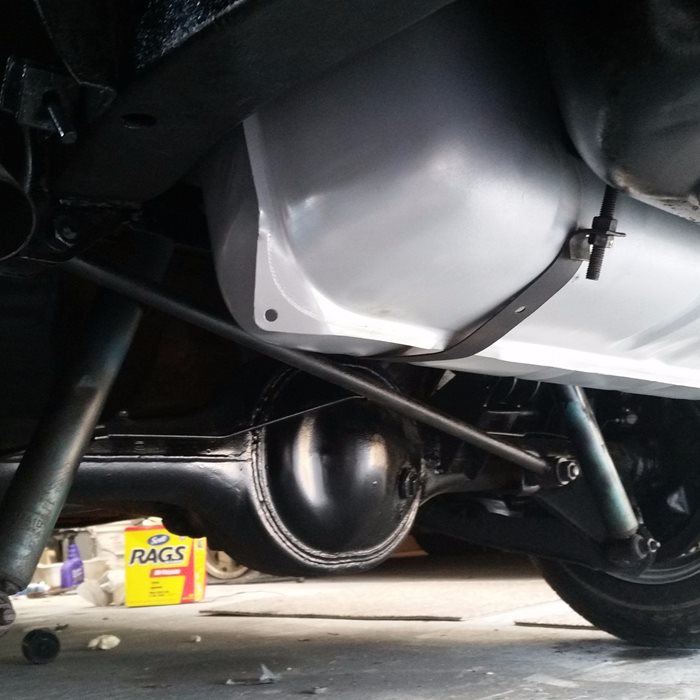