A long due update, and the "Hex" living up to its name.

Been a loooong time for sure. Regardless, time for a bit of an update, with more posts I'll make later. First off, this poor 'ol truck has not been hit once more, but twice more since my last post. The first of two totalled her out. AGAIN. Bent the frame on a pretty massive hit, but once again my stubbornness shines through again. She was repaired about a month after going under the knife (again) with a new bed, bumpers, and I even went a different route on the valance. The second one wasnt as bad, all thanks to the running board. Sideswiped I was, and the board took the brunt of it. Bending down, and taking a good 'ol lick. Just keeps reminding me that I'm in the long haul with this thing.

And I don't mind it one single bit. 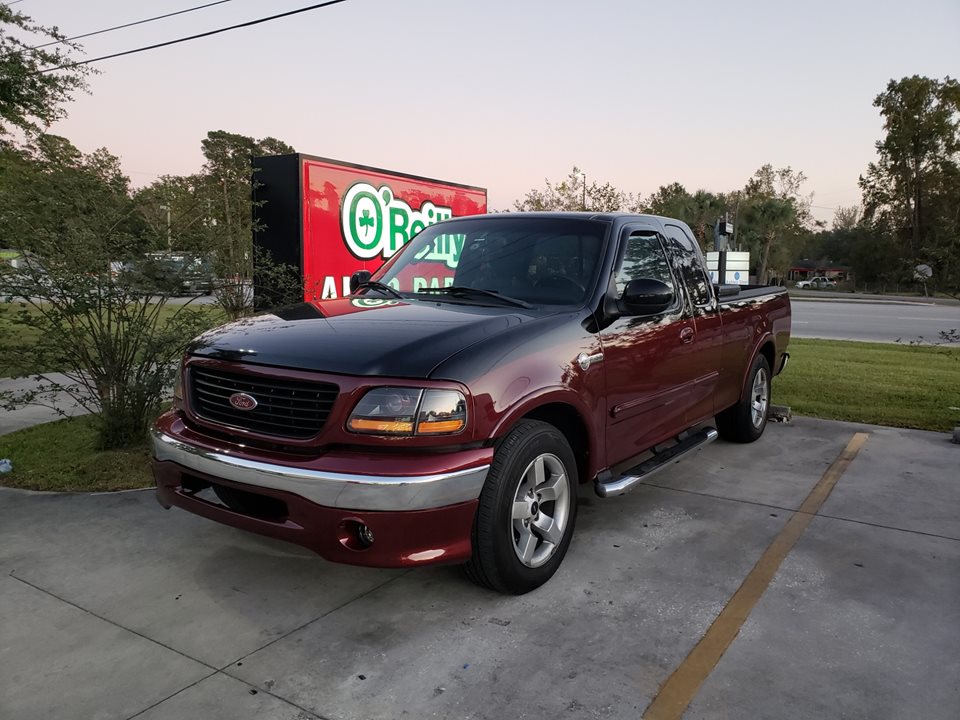 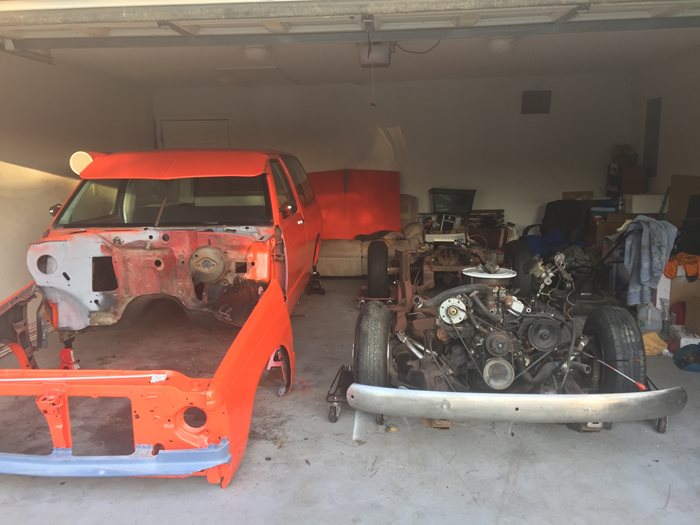 Bodywork
When you finally get a day off and get to work on your baby. Thank you to Dana Smith Hawkins and Jared Mays for helping me finish getting the...
Comment Like 8 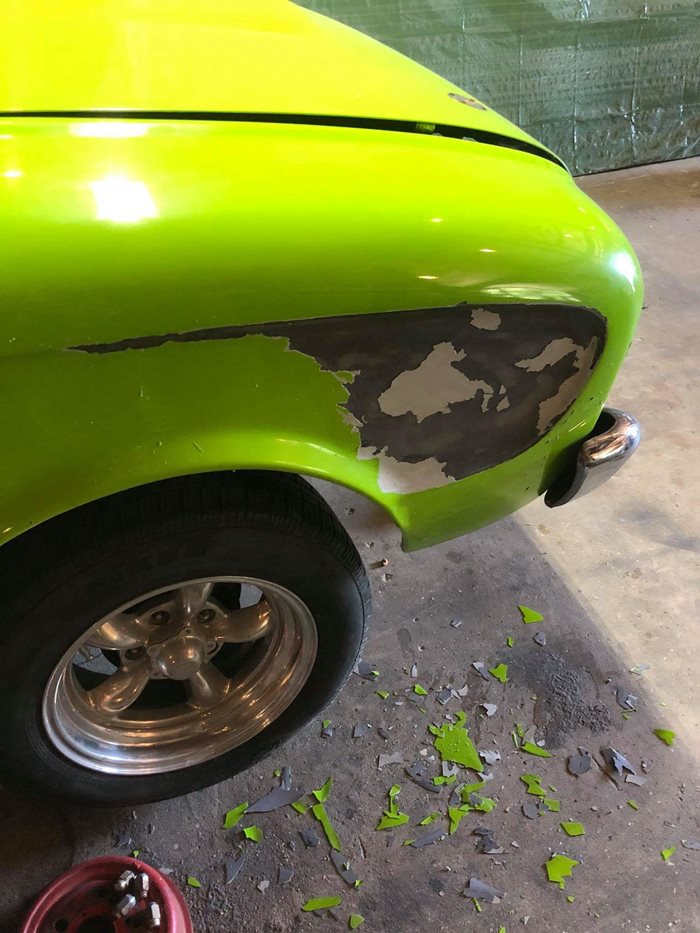 Well Limeaid will be no more soon to change!!!!!!

Bodywork
Well its at the shop for brakes and freeze plugs, when my buddy that's doing the work on it messages me and asks me if I'm in love with the Lime...
Comment Like 1 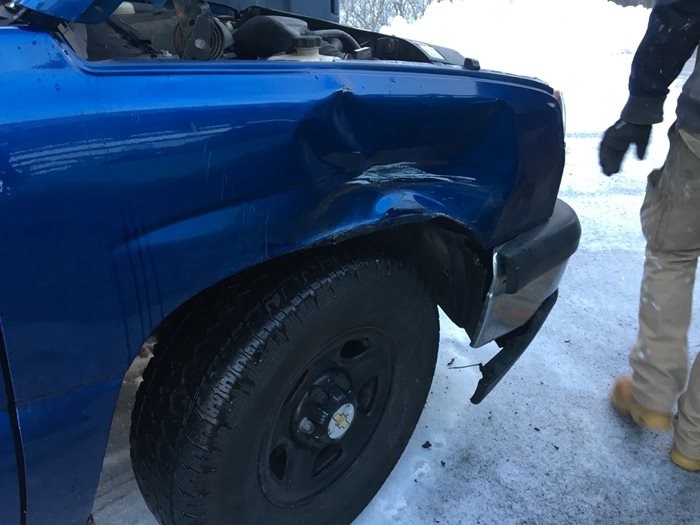 Bodywork
Poor Lucille was the victim in an accident because Hampton ponds plaza don't believe in salting :( smdh so far it's a qtr panel, inner tie rod, ...
Comment Like 15 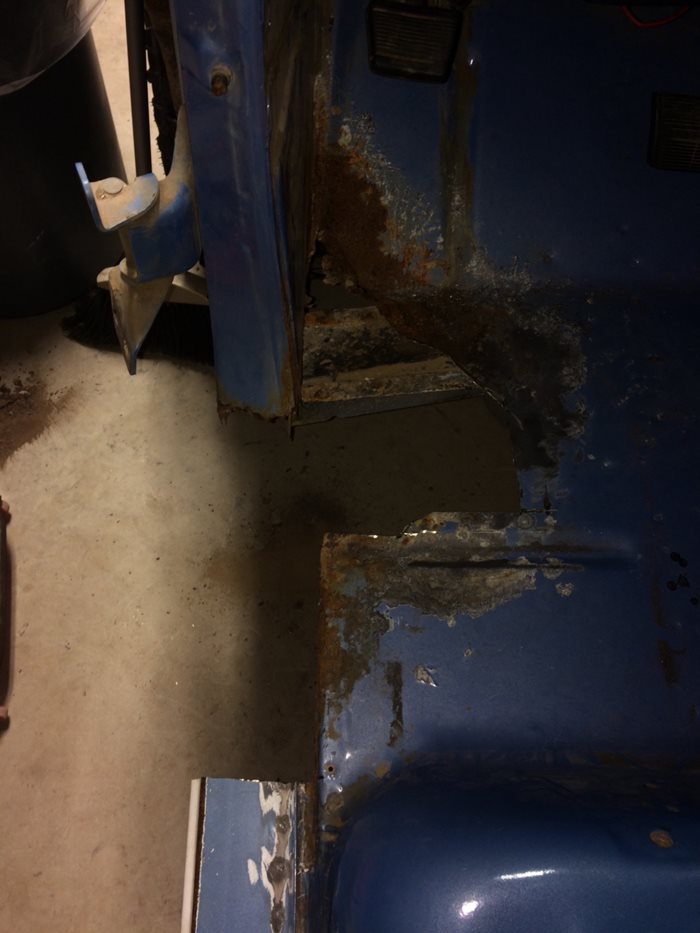 Slow progress on the rust repair...

Bodywork
Cut some rust out. Trying to decide how far in to cut and then I'll be ready to patch in the new metal.
Comment Like 15 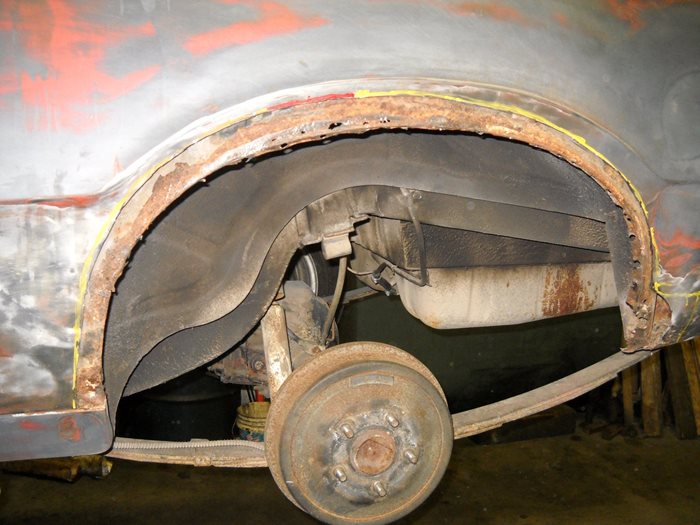 Bodywork
My first time doing body work a long time ago. Learned A lot about it from this on project (Yes I replaces the inner too.
Comment Like 15

Bodywork
Decided I couldn't live with the old paint on the grill so I sand blasted it and repainted it and going to rebuild it all - probably better in the...
Comment Like 0