Courtesy of a friend from Kar Tunes in Phoenix, AZ hooked me up with these two USB rapid charge units. It’s always nice to have extra outlets for cellphones or walkie talkies, etc.

Since my tundra does not have heated seats, I removed the two pop outs the would occupy those slots. Very easy process.

I removed the lower dash with the 12v outlet and the 120W outlet. Now, some people (majority of them) don’t read their manual. It has some awesome “nice to know” features. Anyways, the cigarette lighter turns off when the ignition is turned off but the other outlet stays on for 2hours. So you can guess which outlet would be best for me.

I installed the two USB’s and wired them up to the 120w wires. Reinstalled the lower dash. I then turned on the Tundra and both USB’s lit up and where funtionable. I shut the tundra off and the blue lights remained on. 2 hours later the blue lights were off. Seems to be that this was a simple upgrade. 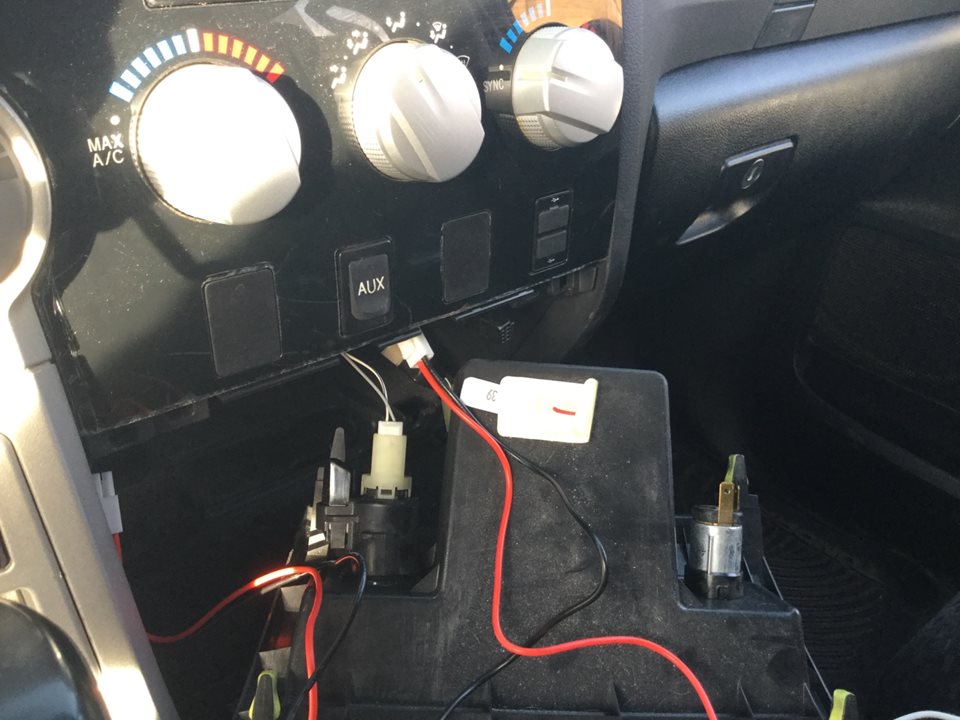 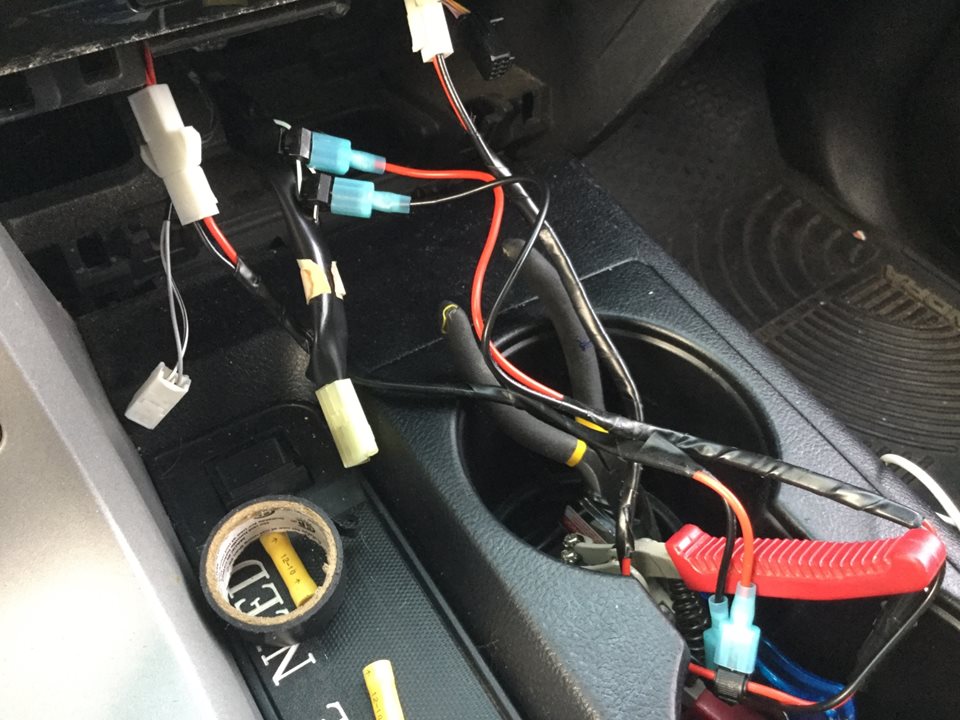 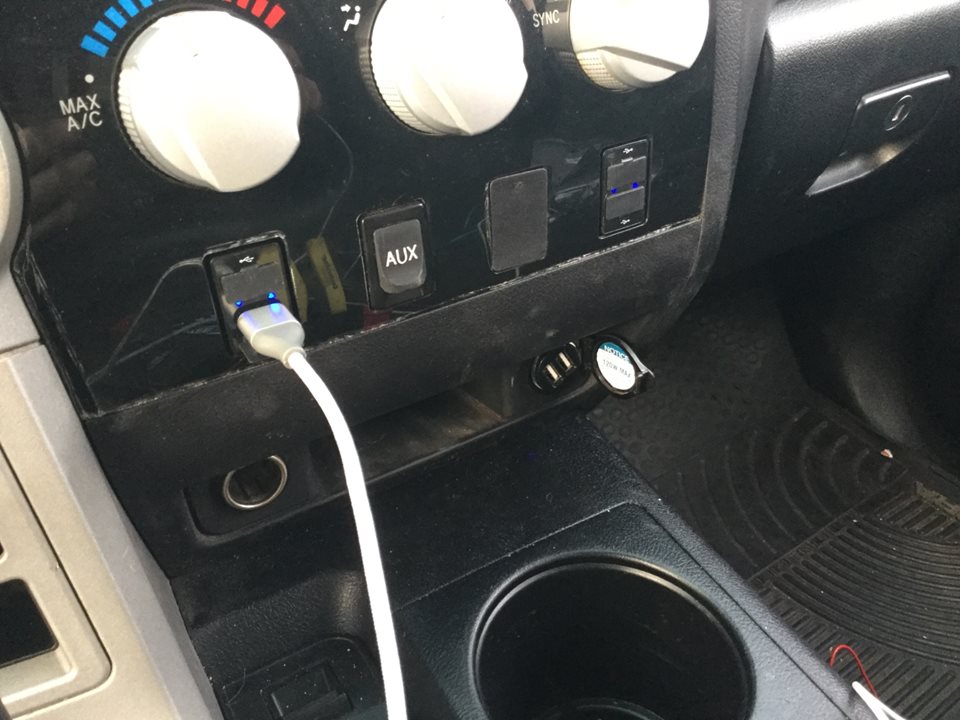 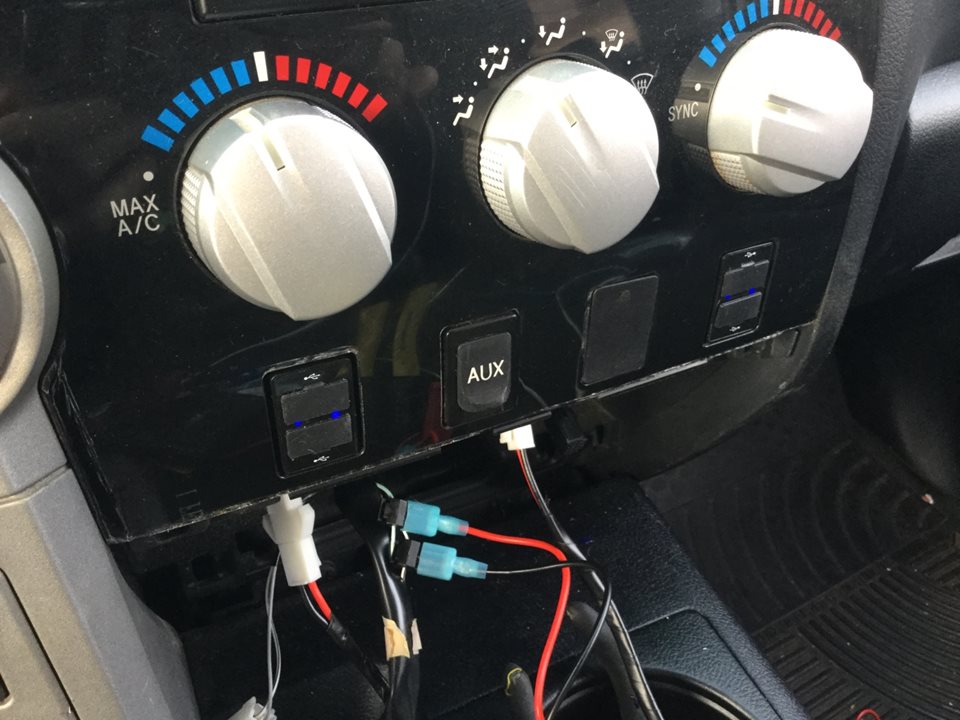 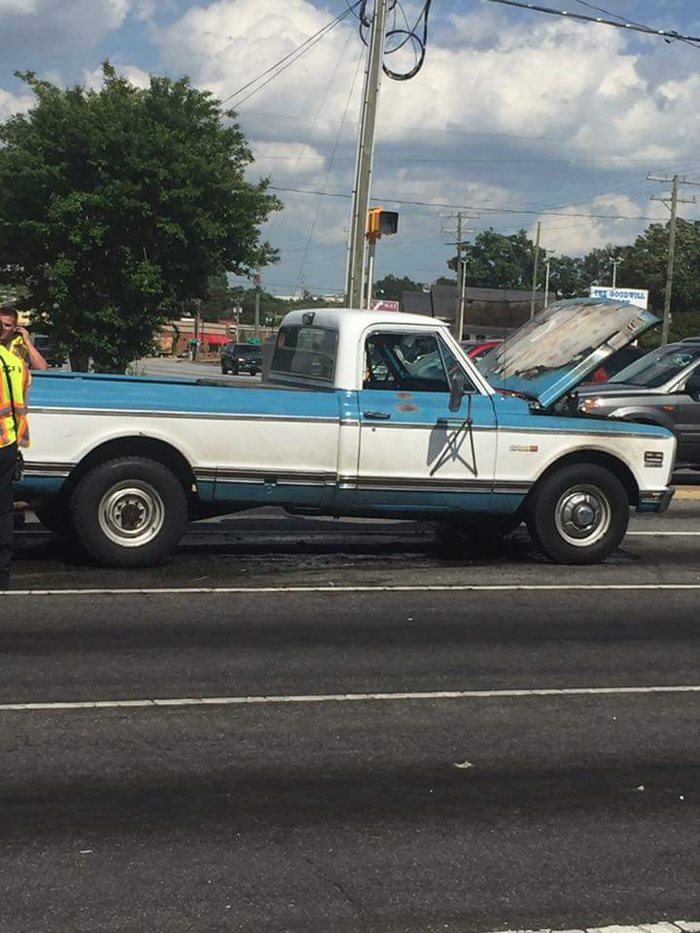 Batteries & Power
Wll folks the pics of burfa will be mostly me trying to bring her back to life. . the battery shorted in her in may and she had been out of...
Comment 1 Like 15 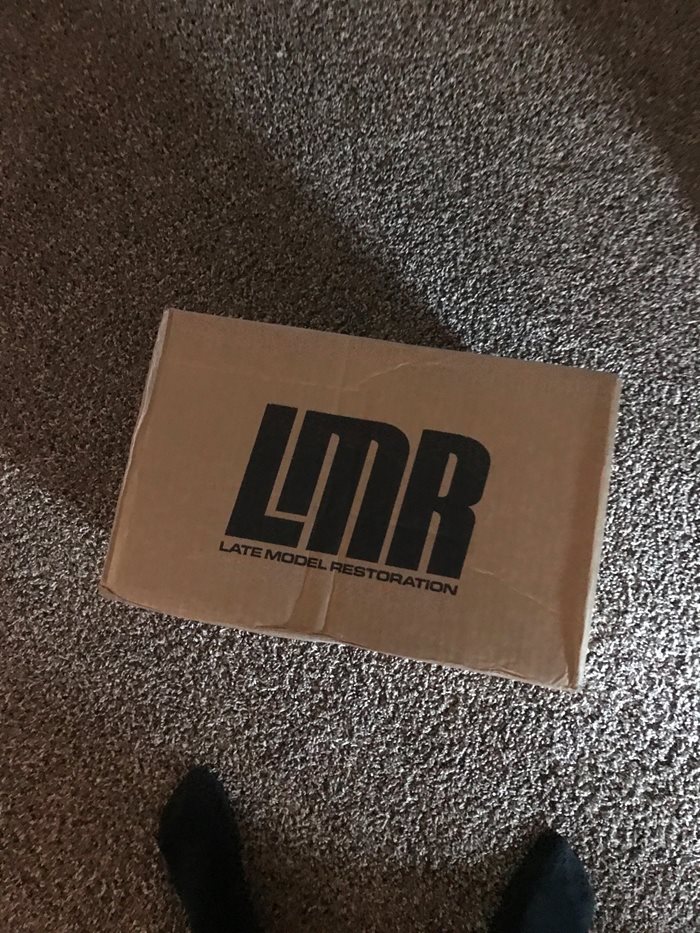 Batteries & Power
When I turn the ac on at idle the 75 amp alternator can not keep up . . bought this one it's much bigger from lmr and works amazing
Comment Like 0 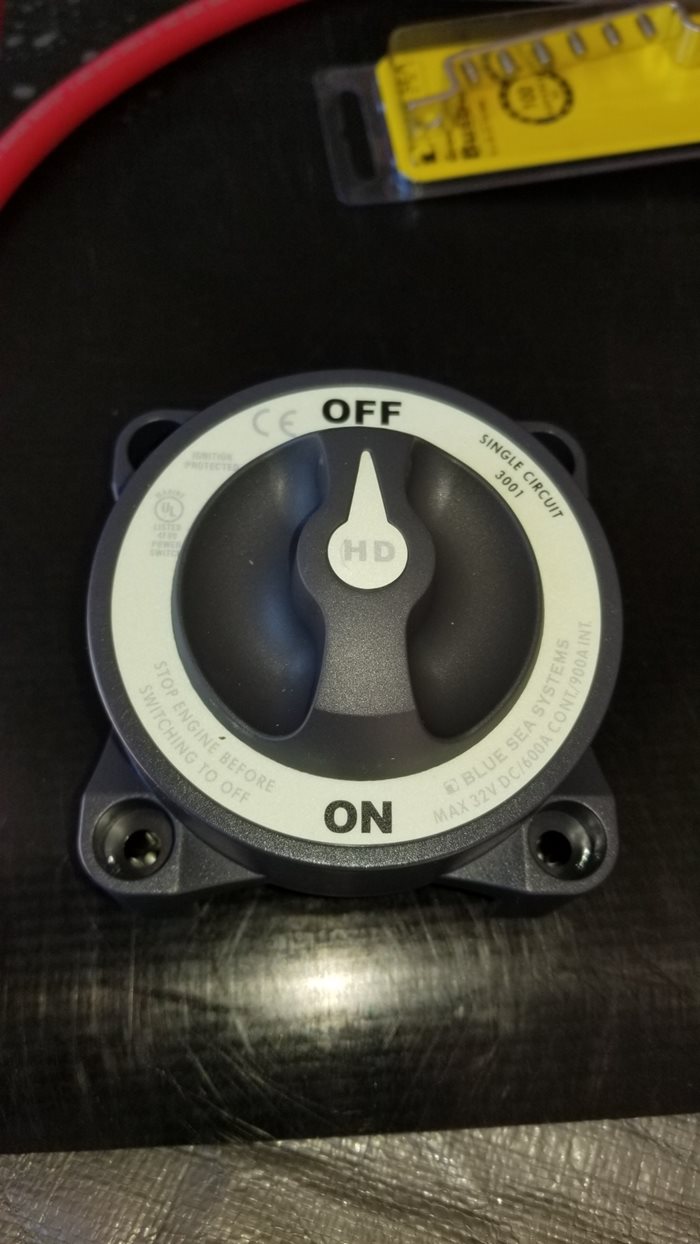 Batteries & Power
Picked up a Blue Sea Systems high Amp On/Off switch to wire thru the winch power cable. Have to fab a mount near the battery, but the idea is to...
Comment Like 0 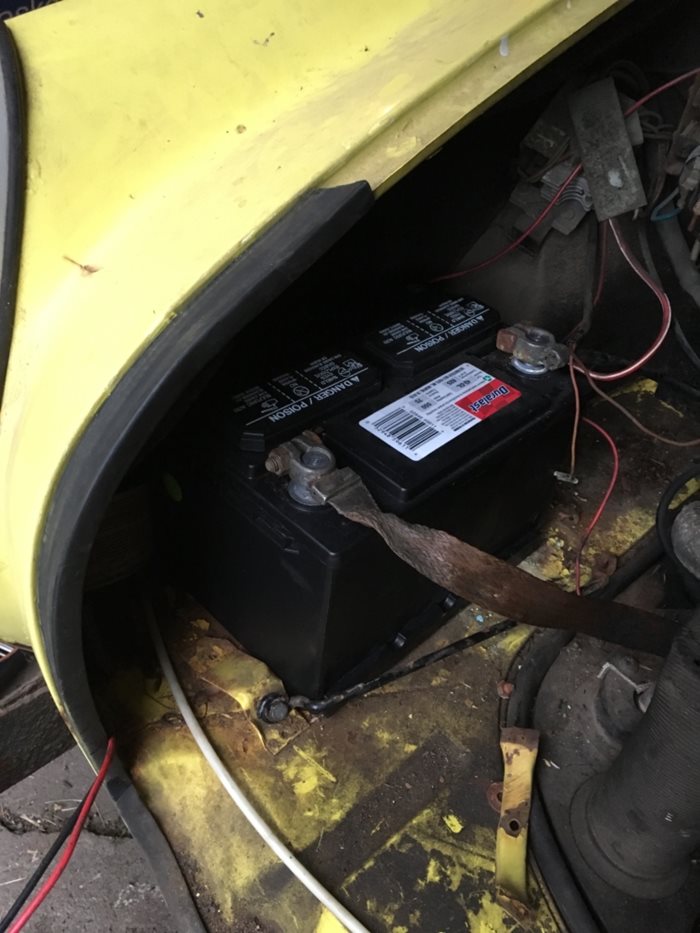 Hooked up a Battery!

Batteries & Power
Brand new 12-volt cell is in! Most of the lights work, the radio fires up fine, and the gauges are an unknown until I get it moving. The most...
Comment Like 0 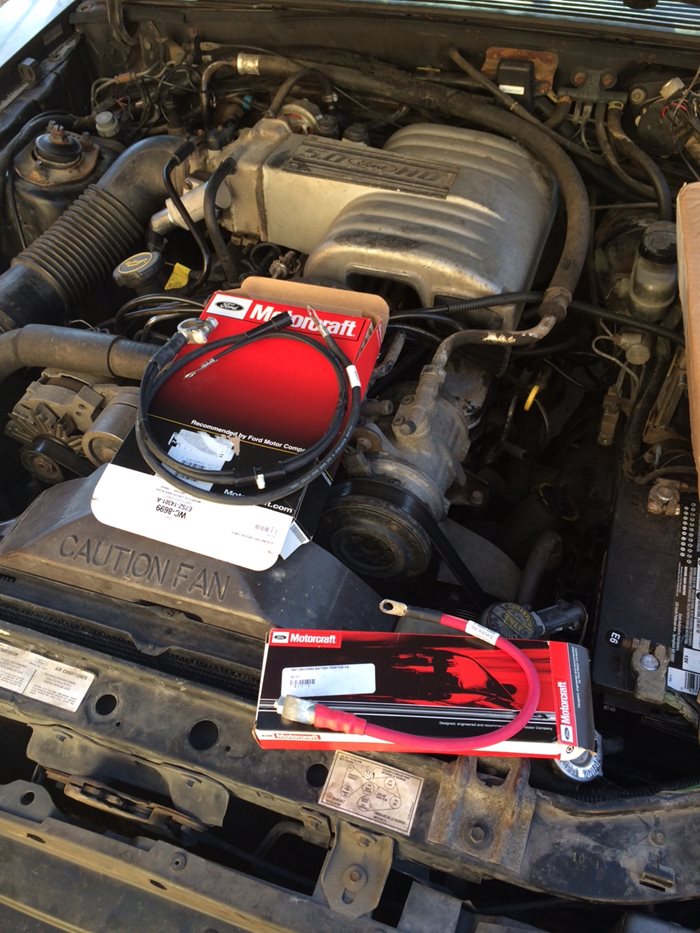 Batteries & Power
Today I replaced the old worn out battery cables and put new oem ford cables on. It starts a lot better now . And looks better also instead of...
Comment Like 19 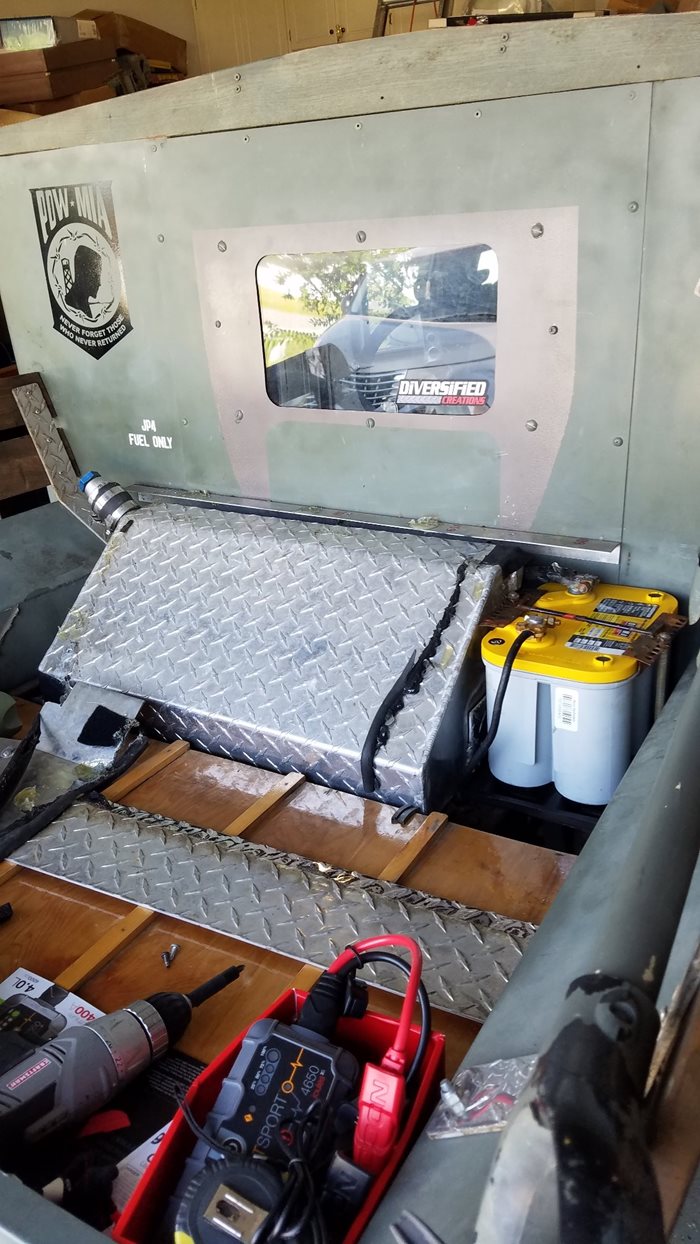 Batteries & Power
Well today I started tackling the no charging battery that came with Sarge, I did muti-meter checks and that battery only put out 10. 5 volts...
Comment Like 2