Old stock Radiator grille is getting ready to fall off, for now, it's being held with black zipties, you heard of the Tom Petty song "The Waiting Is The Hardest Part", so as of November 4, 2017, I already got it planned out and already removed off the old bolts that hold the radiator grille in place since the old plastic pieces already broke with the bolts and fasteners already held on thanks to the countless times the hood's been closed hard. 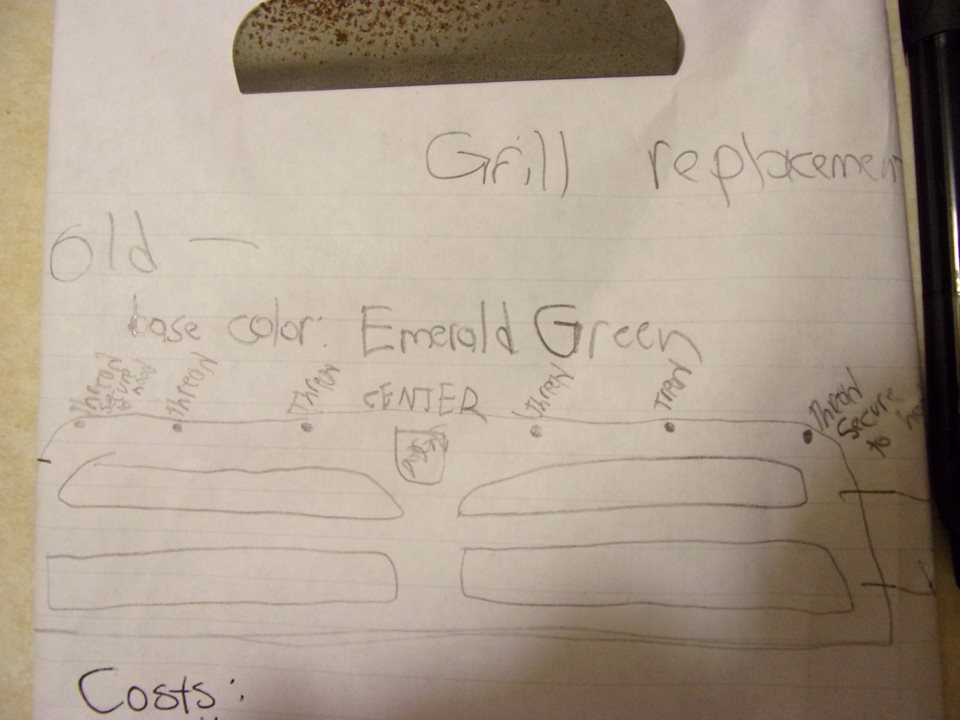 The planning, knowing where everything is. 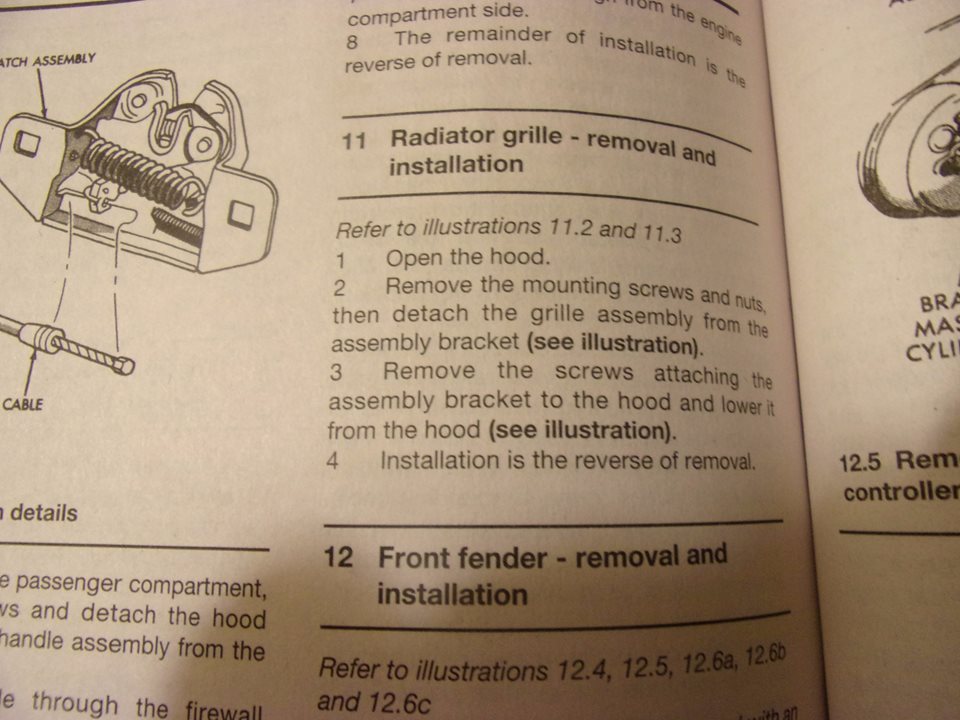 Understanding how to remove 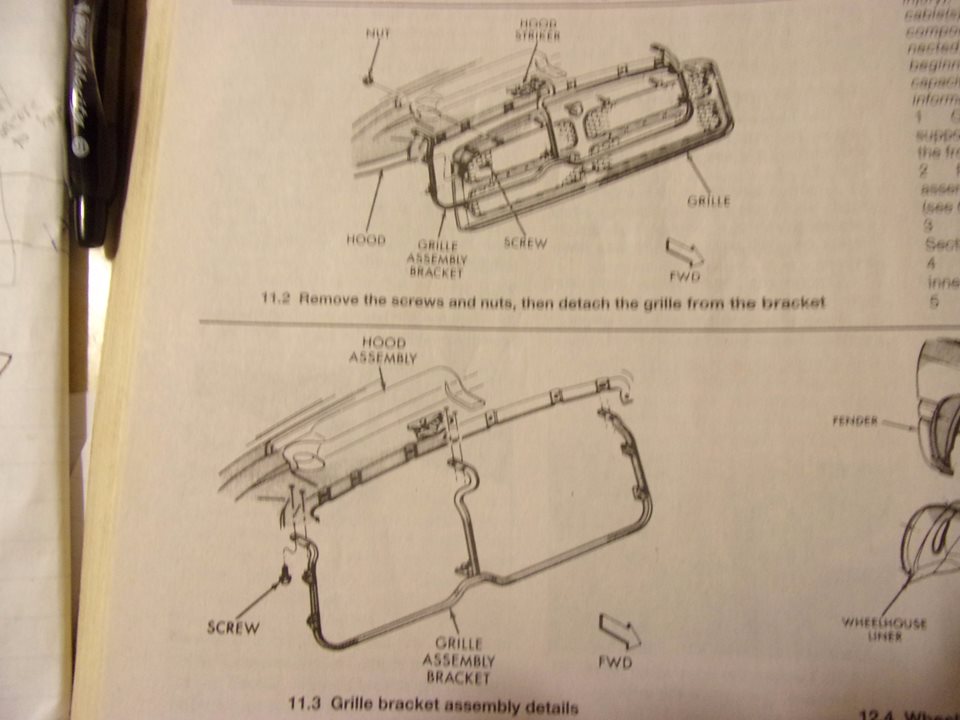 Next is the supplies needed, already bought a new grill from eBay, black in color, but I can smack some primer, emerald green body paint, and finish it off with gloss clear coat on the grille. Problem is I ran out of emerald green paint and clear coat. Might as well get some blue loctite so that way vibrations won't loosen up the bolts in the future. 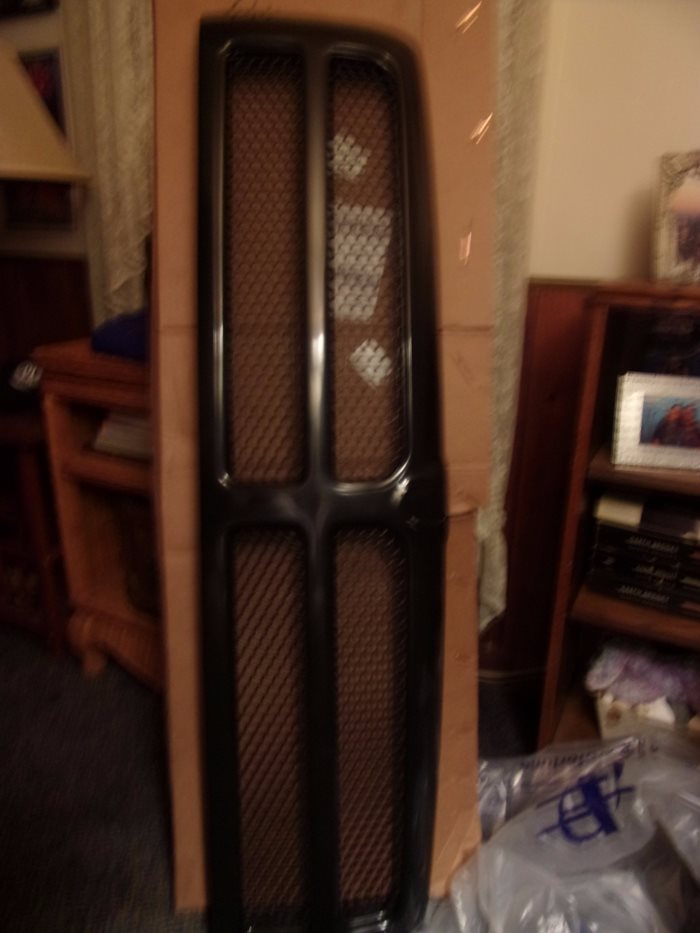 Took a week to wait, but it was worth it!

Shipped from California and had a trek from the West to the East coast, thought it was going to be here on Monday so I waited around, then the next day at work, it arrives. 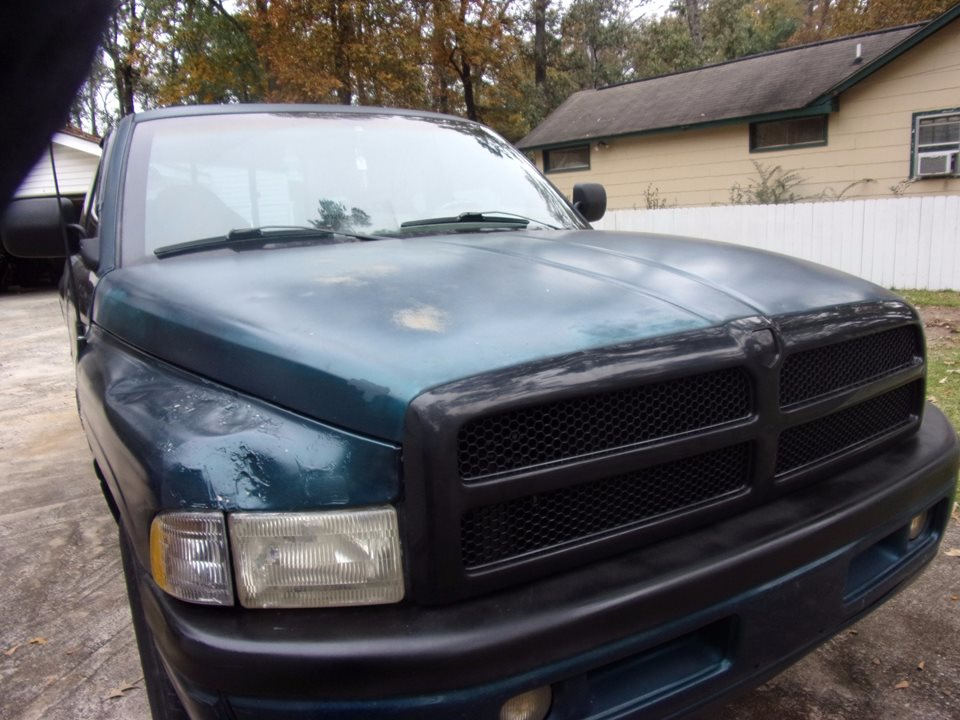 Black grille on a green truck, am I joining in on the black bumper grille on a colored vehicle trend?

Worked on it since 8:20 this morning to get the old one off, took a 8mm socket and a 3/8ths socket with a quarter inch socket adapter (Thank you Duralast tools and Autozone!) and started undoing all of the bolts and cut off all of the zipties off of the old grille to the bracket with a knife, after removing everything and applied rubbing alcohol on where I want the grille to mount, took off the bracket and took off the old grille mounting screws, and also removing the center screw and fastener, and it was stuck on there so I resorted to using a propane torch to melt the plastic and the removal is a lot easier.

I got to work and the put the new grille on, the final results is amazing. I pried off the old OEM logo on the green grille (hoping and wanting to reuse it again), the center part where it's been glued in broke off and the old paint that was on the old logo is still stuck on, originally thought of some double-masking tape, but I had second thoughts and thought "know what, it looks good as the way it is anyway" I like the black grille on a green truck anyway. Might get the Dodge Ram logo in the future anyway.

2. *Driving lights (probably a bumper guard or drill some holes inside the bumper trim and mount them on there)

3. *Light bar installation (I won a 52 inch LED curved lightbar from ChrisFix nearly a year ago, I still have it, but I've been wanting to install it on there for a year and my parents never budged on it.)

4. Complete the look of my Dodge truck with aftermarket headlights and fog lights (How awesome would it be if my truck have aftermarket lights?)

5. *New radio/CD player (would be awesome to listen to CDs in my truck instead of the classic cassette tape player) 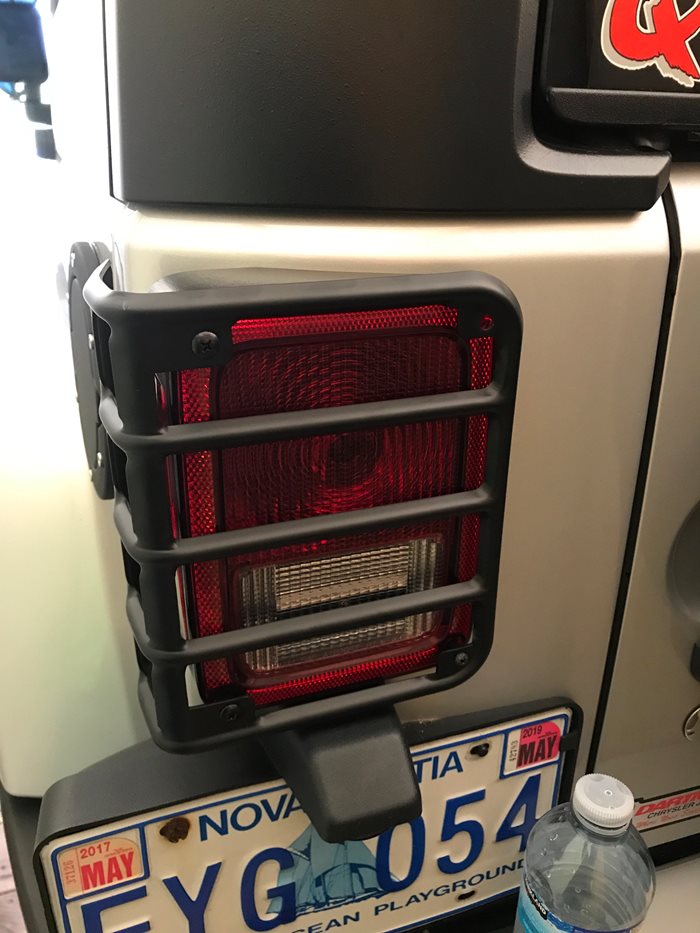 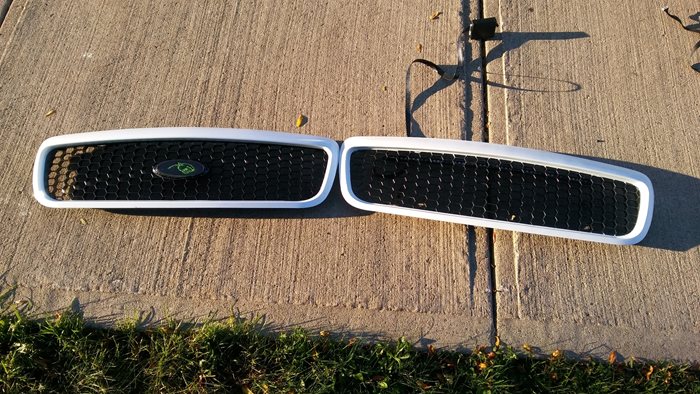 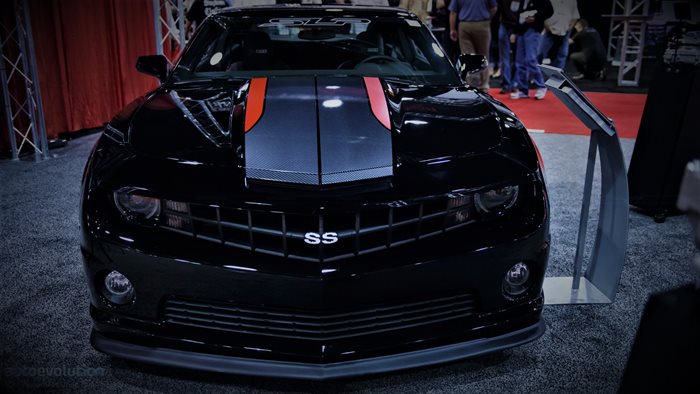 Grilles
Well, after much thought and price shopping, I finally pulled the trigger on the "Heritage Grille". The main thing I was struggling with was the...
Comment 1 Like 2 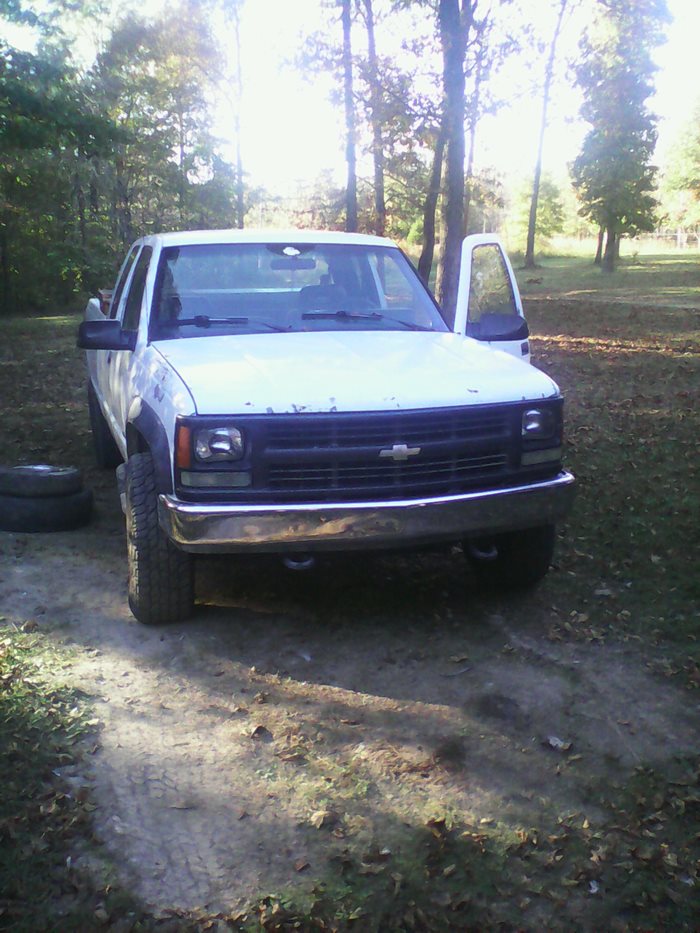 Grilles
well the old gmc grill was coming apart so i decided to replace it. i would have put my custom bowtie in if i could have found it
Comment Like 8 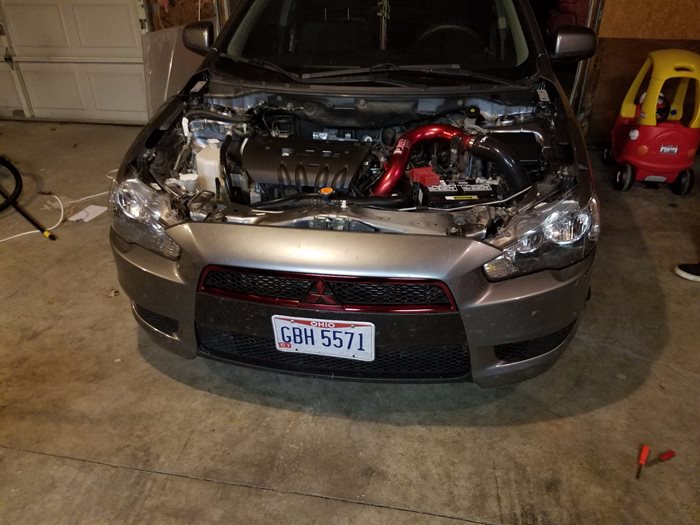 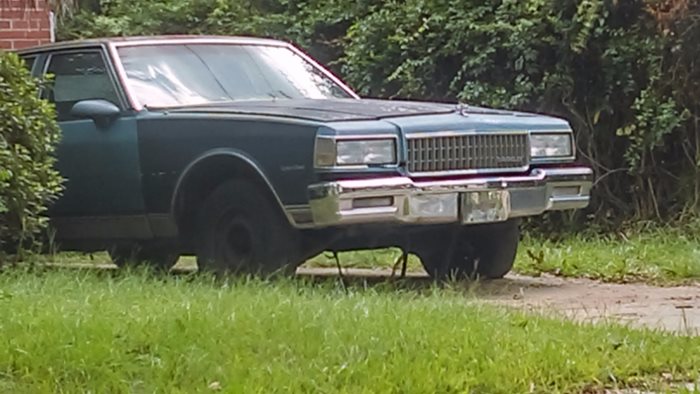 Grilles
That piece of chrome trim around the front marker light on the front of the fender . . . I finally found it. Been searching for years
Comment 1 Like 15