Drove to Lane Southern Orchards today for the Law Enforcement Support/Memorial Day on the near one year anniversary of the death of two Peach County Sheriff Deputies that were taken away from us before their time. 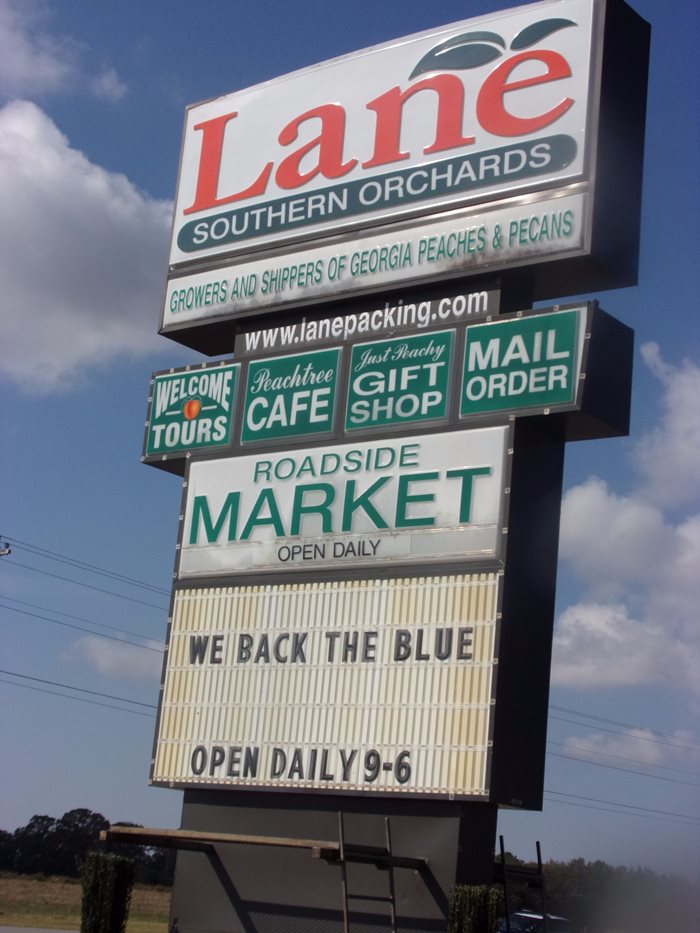 Before going in, a fire truck off it's wheels was hanging the American flag to attract more people to show up. 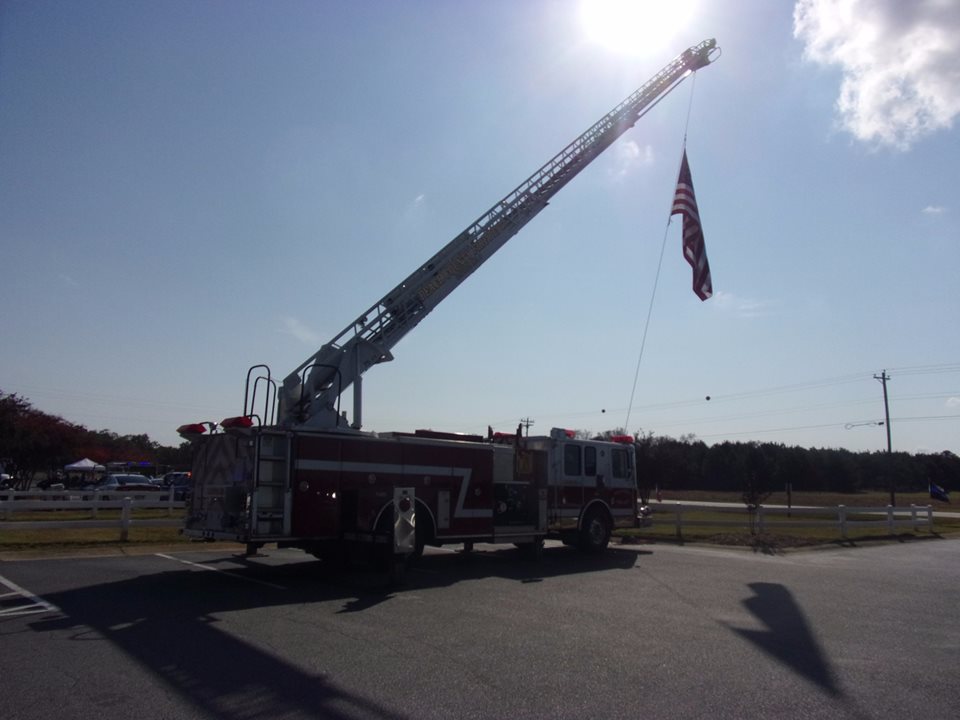 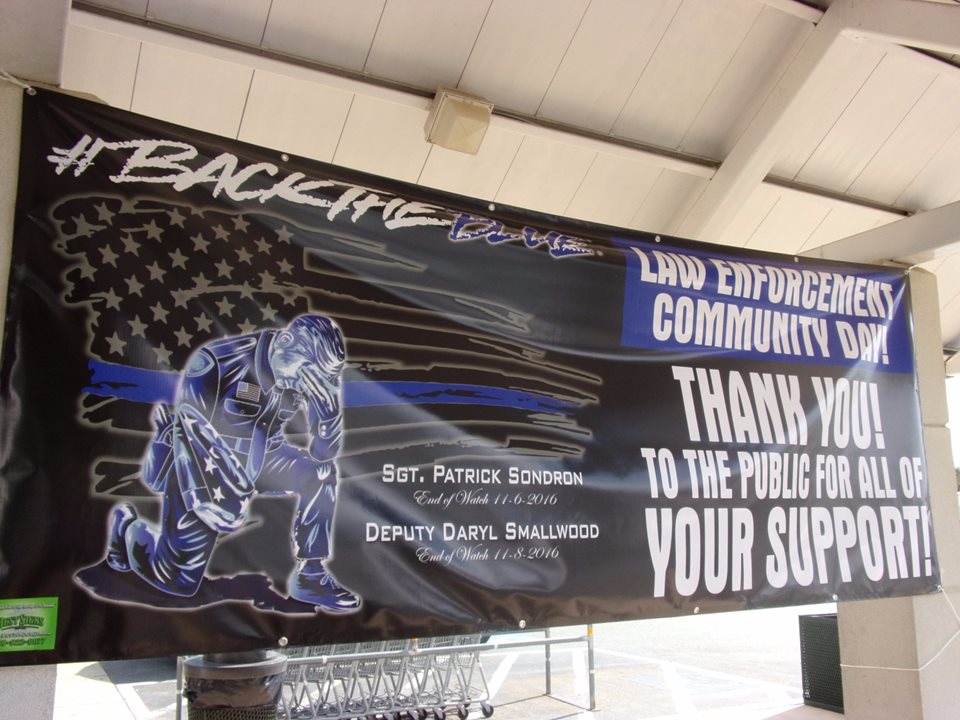 Banner welcoming the ones who come out to Lane Southern Orchards

The NC State Highway Patrol Caisson Unit served with North Carolina, South Carolina, Georgia, Tennessee, and Virginia during the time of a loss of a fallen emergency personnel, North Carolina Governors, and other Incumbent Members of North Carolina.

A cool fact about their horses that two of their horses, Danny and Grant, pulled U.S. President Ronald Reagan's casket during Regan's Funeral Procession. 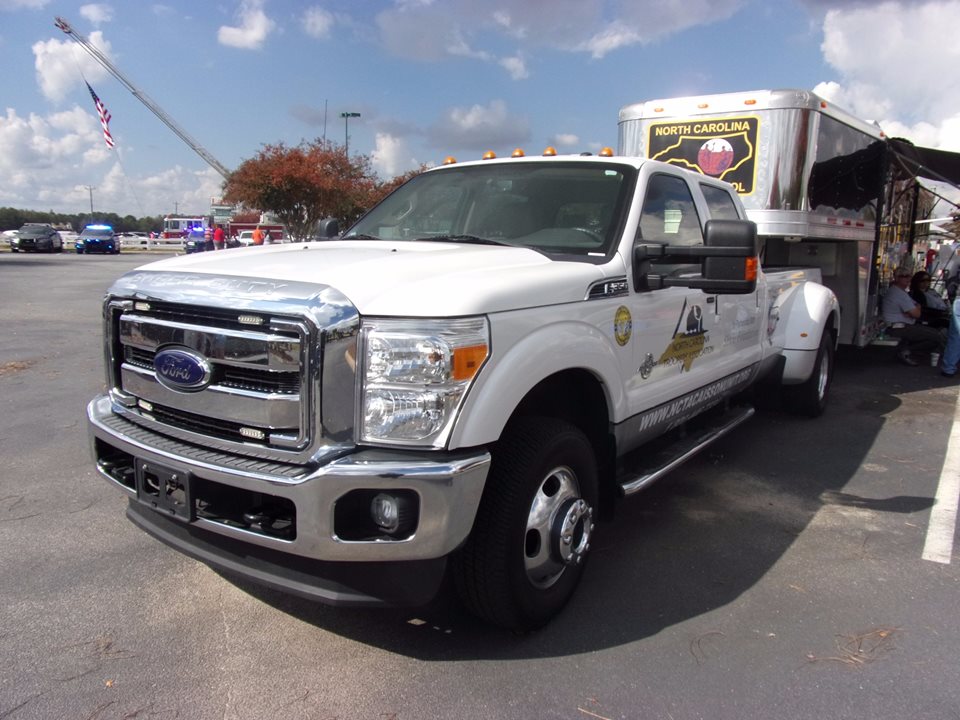 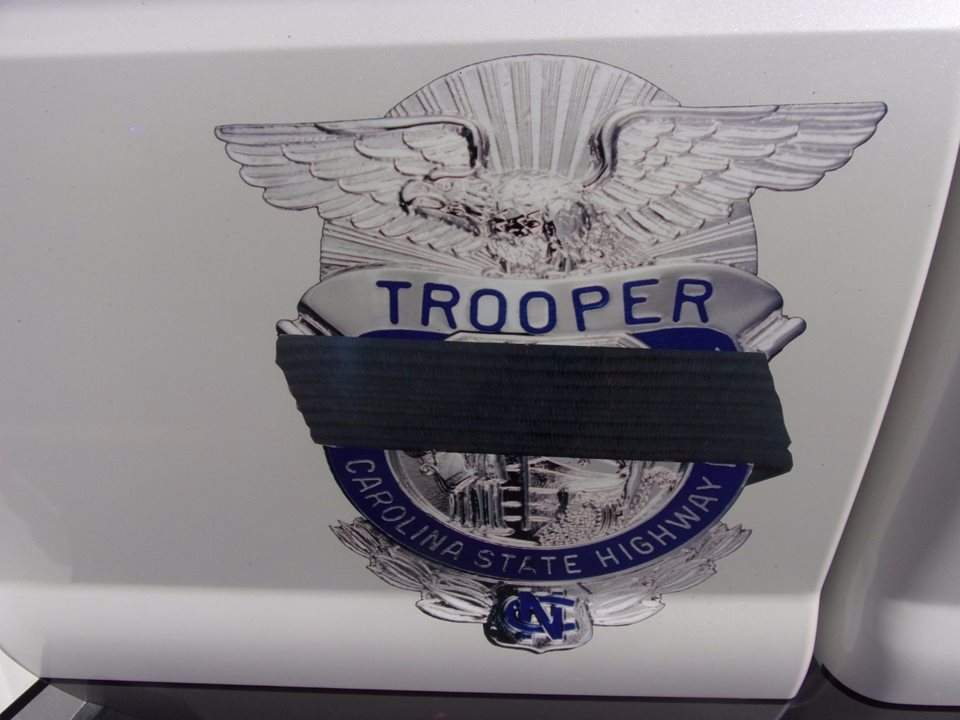 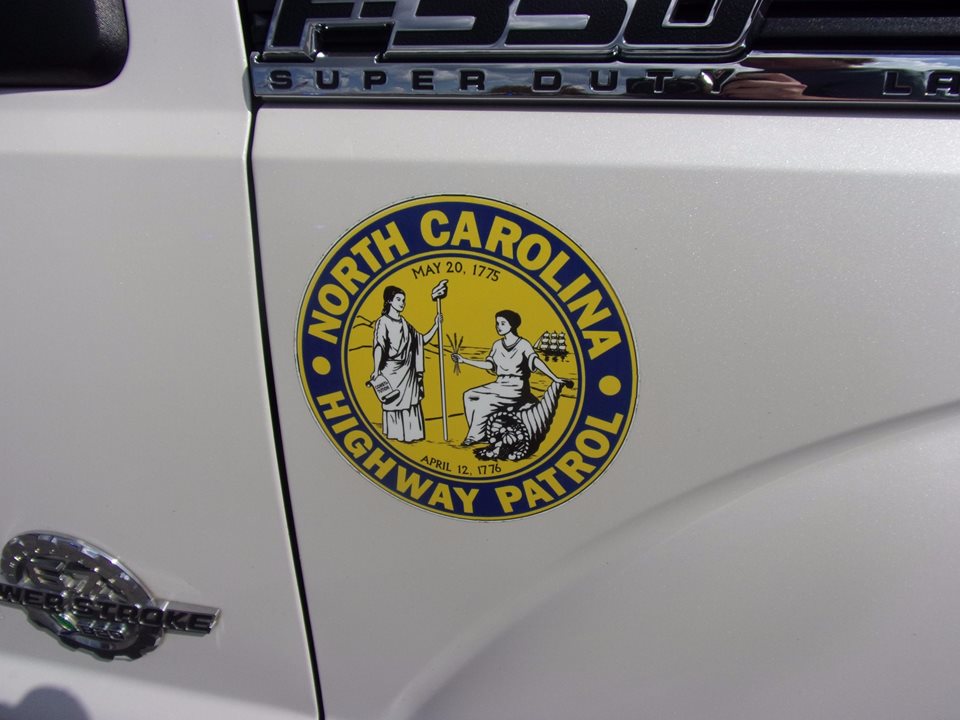 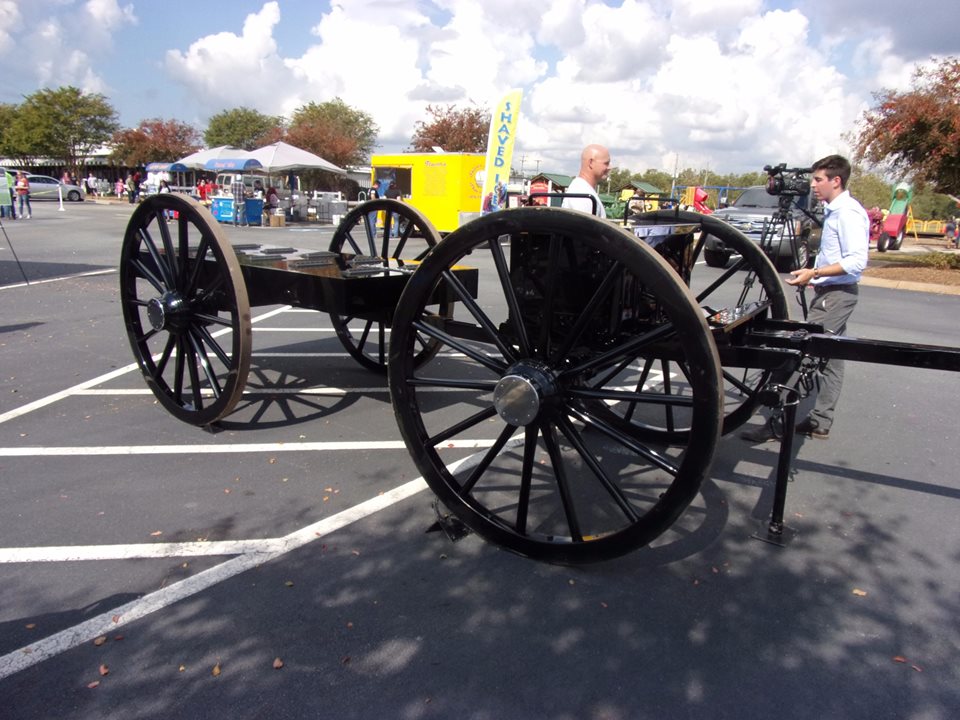 The horse drawn carriage from the North Carolina Troopers Association Caisson Unit. For 11 years, this carriage has seen and carried fallen officers to their final resting place.

Next was Georgia State Patrol, you know, the blue and gray cop cars on I-75. I've never seen their helicopter, but it is cool seeing it in person (excuse the mess, but from what the pilot told me, it need needed a cleaning) 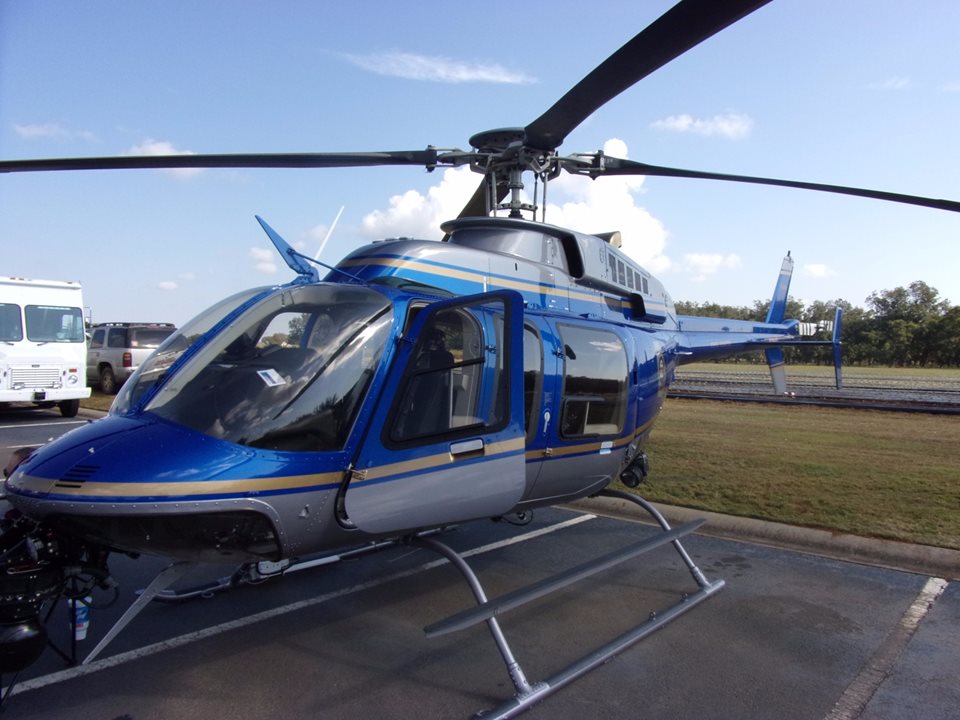 Georgia State Patrol helicopter. If you're being chased, don't even think about escaping from the helicopter with their spotlights aimed on you. 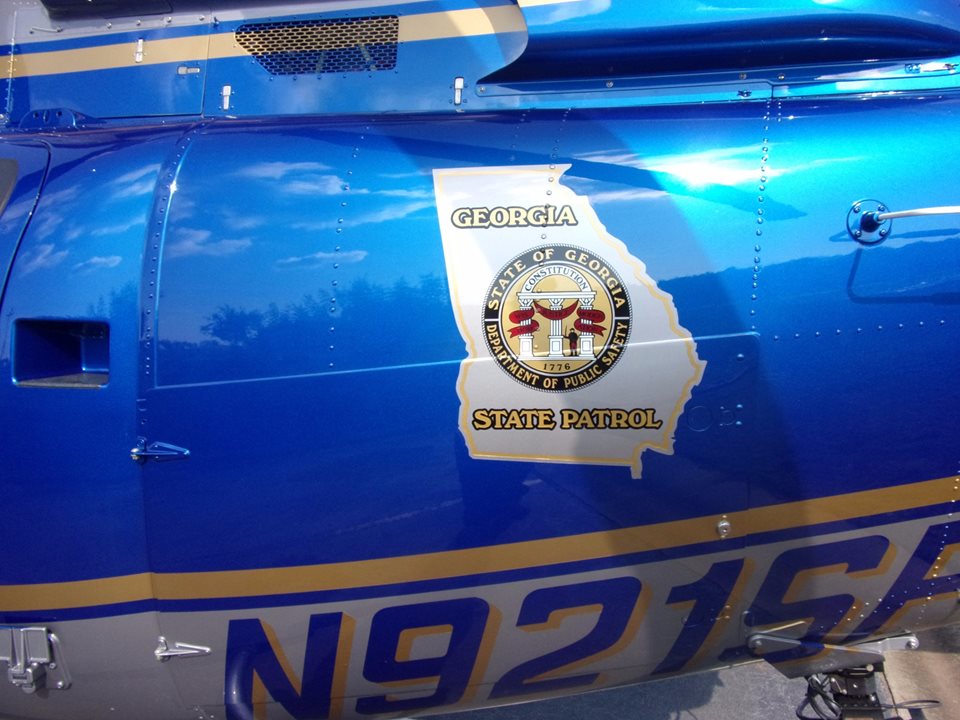 I always adore the Georgia State Patrol scheme (gray and blue with traffic cone orange lettering), they're also one of the states to have badge number plates on front and back. 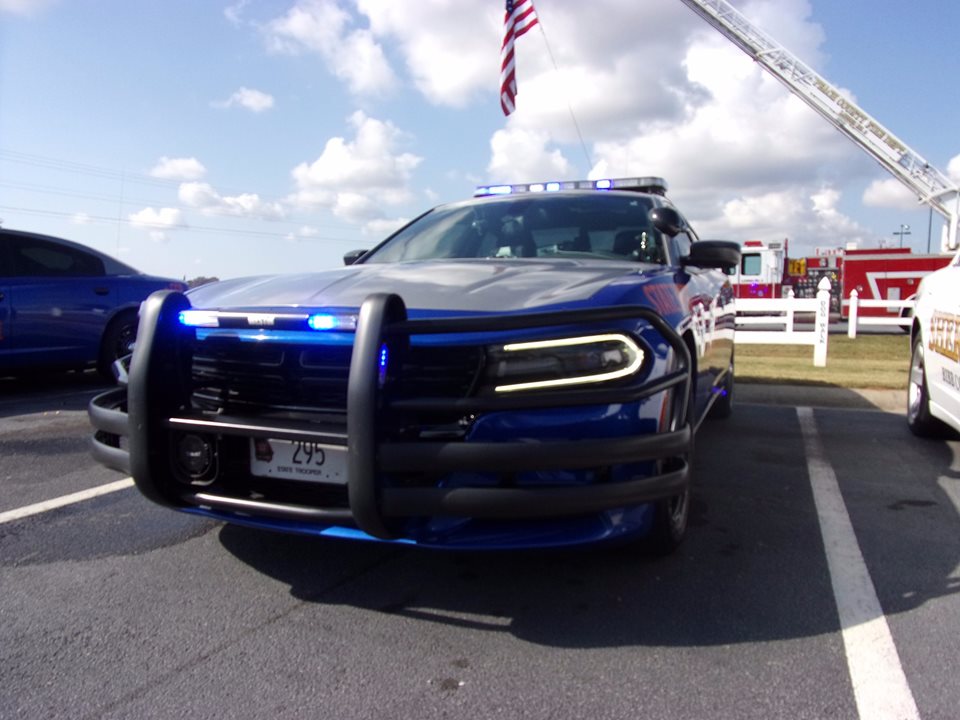 A Georgia State Patrol unit with lights flashing. Imagine getting stopped by one of these cars. You'll be in for a bad day. 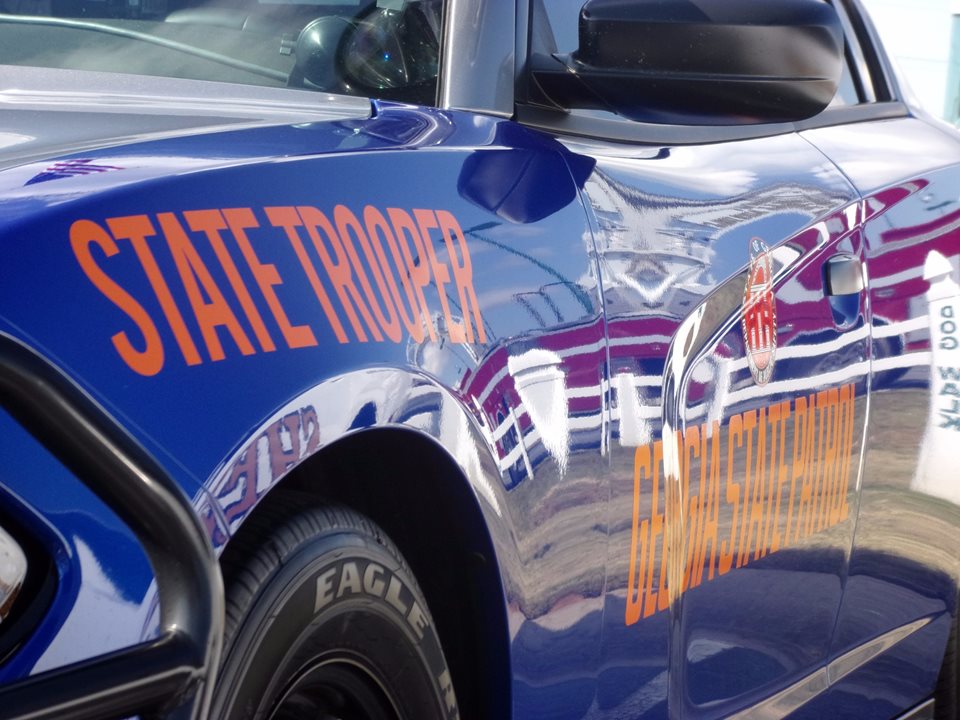 Orange on blue, usually they're University of Florida colors, but they look nice on a Georgia State Patrol unit.

Next was Peach County Sheriff, 3 of the cars showed up along with the award winning Patrick Sondron tribute car that was also featured. 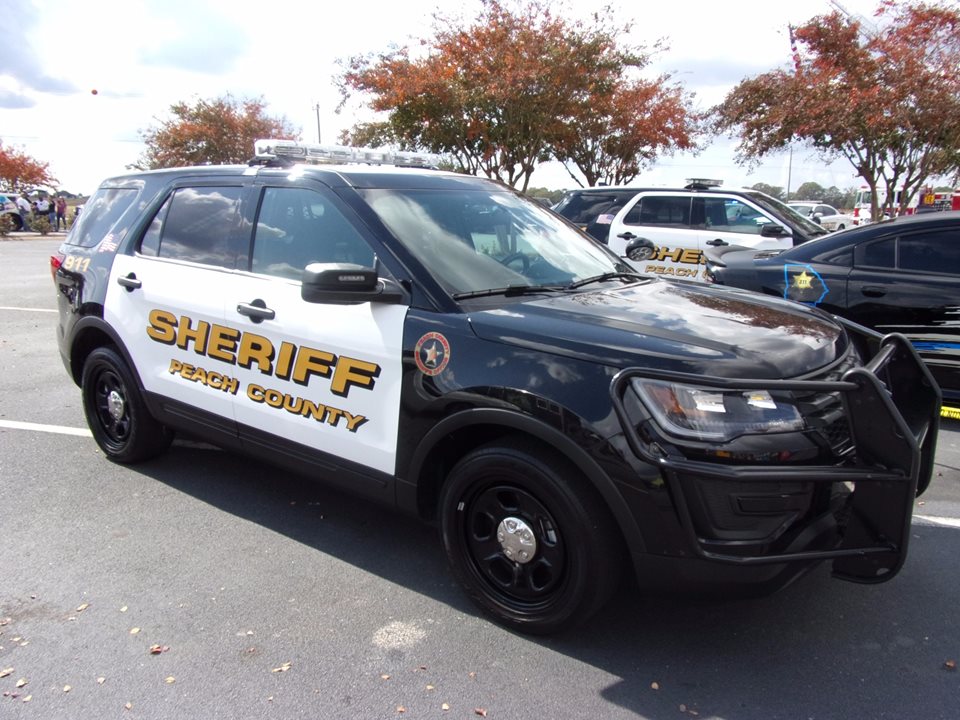 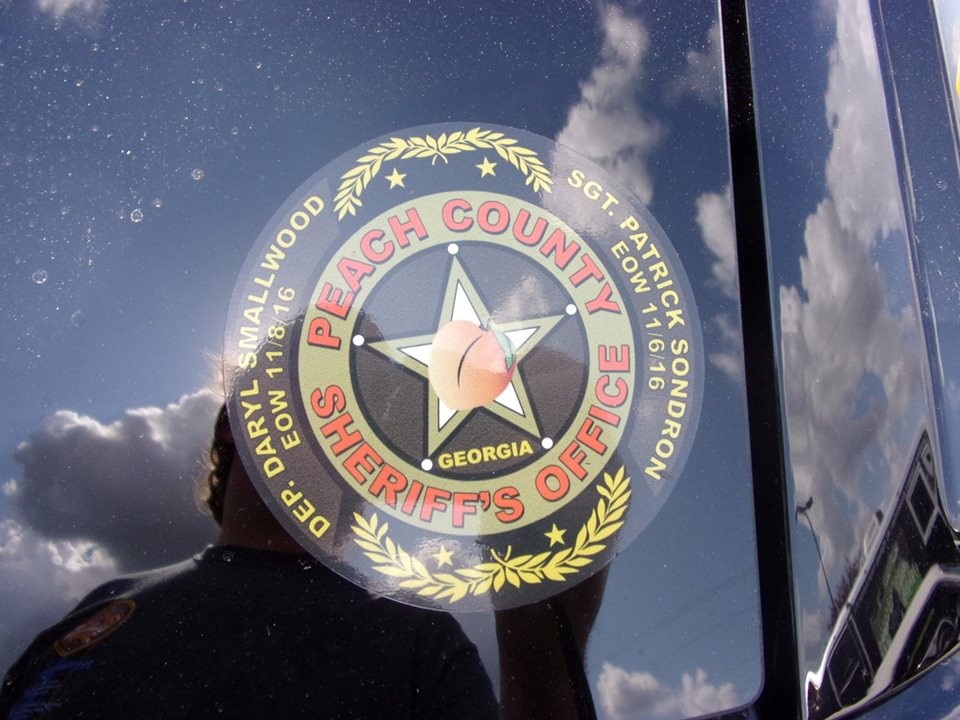 Peach County Sheriff's Office logo with the fallen officers on both sides of the logo. 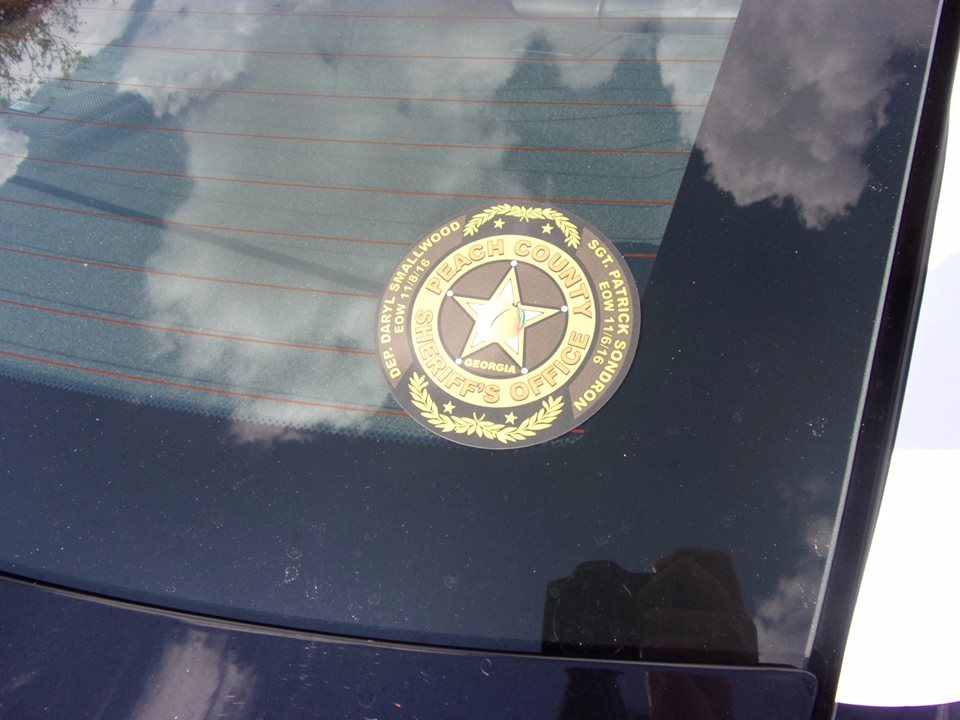 Another Sheriff car has the same logo. You'll see these on Peach County Sheriff cars, Byron and Fort Valley Police units, and many companies like Underwoods Towing, Southway Crane and Rigging having this on their fleet vehicles. 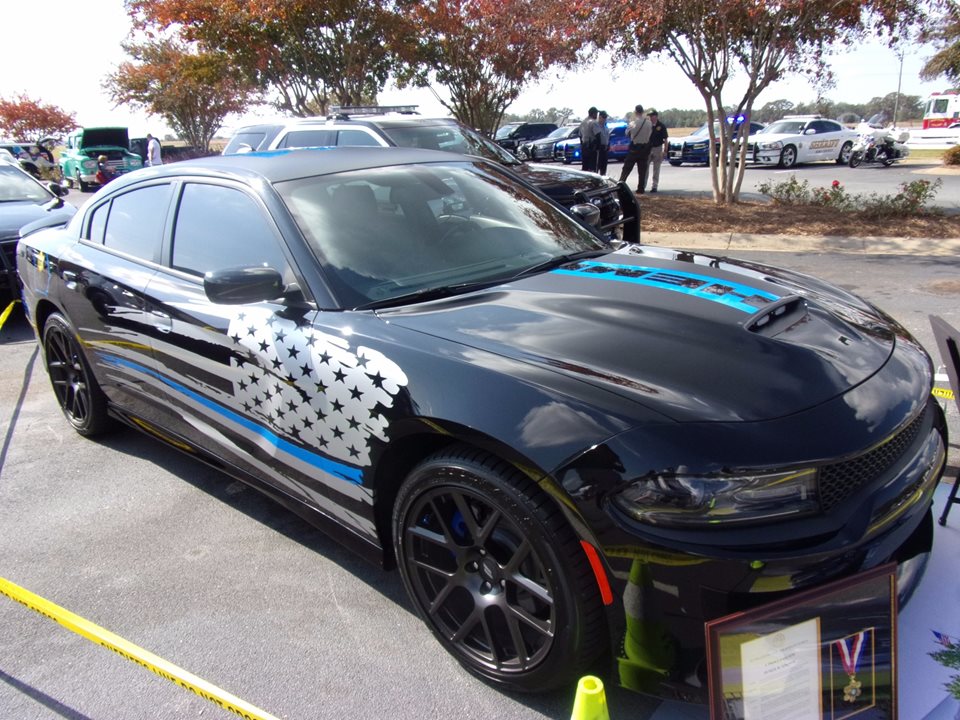 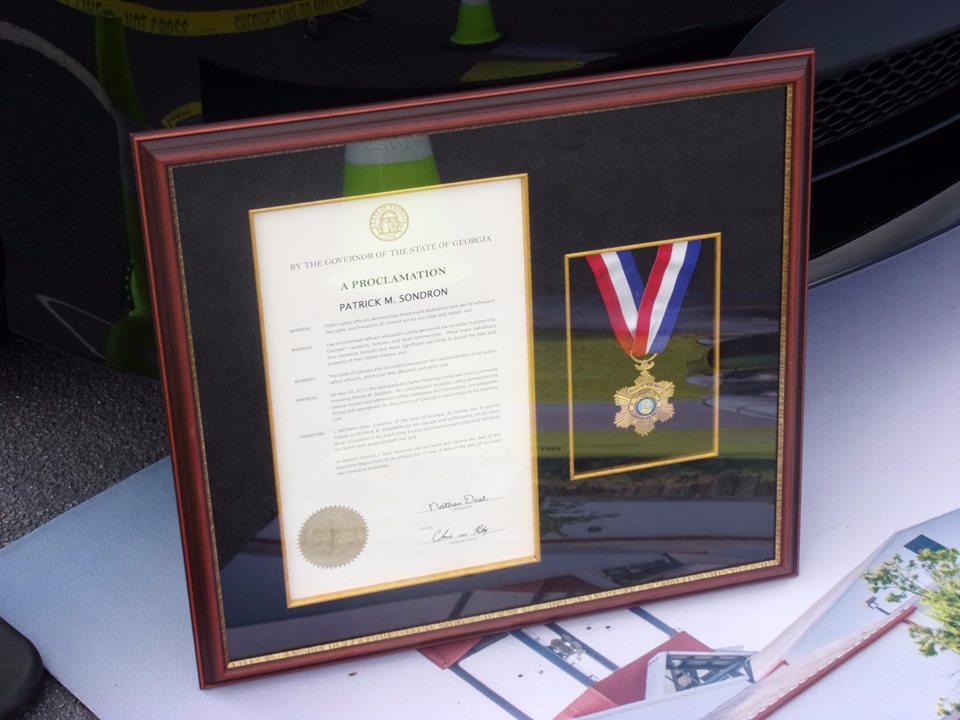 A copy of the Proclamation of the Remembrance of Patrick Sondron from the Governor of the state of Georgia, Nathan Deal. 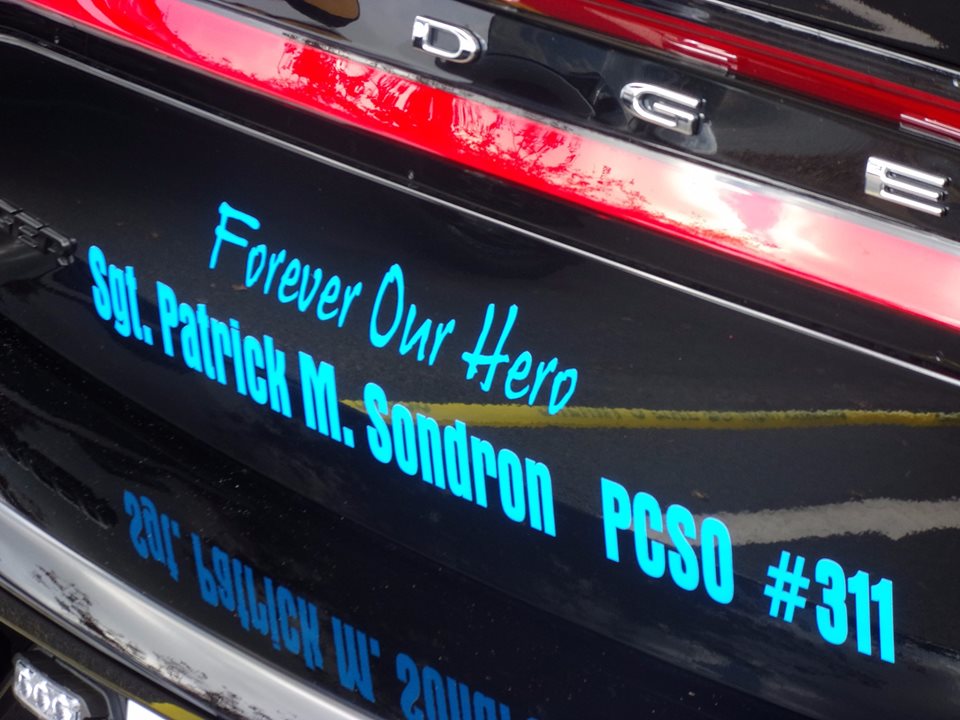 The last time I saw this car, it didn't have the blue running lights on the sides, LED police lights in the back, front, inside the air intake, inside the radiator grille,and inside the windshield above the dashboard. I even noticed the brake calipers and the tire stem covers are also painted blue as well (yes, there is paint for brake calipers), which adds a real nice touch to it, it was hard to tell the LED police lights are on because of the sun, which has been out all day. They told me they're not done and it's still a work in progress. 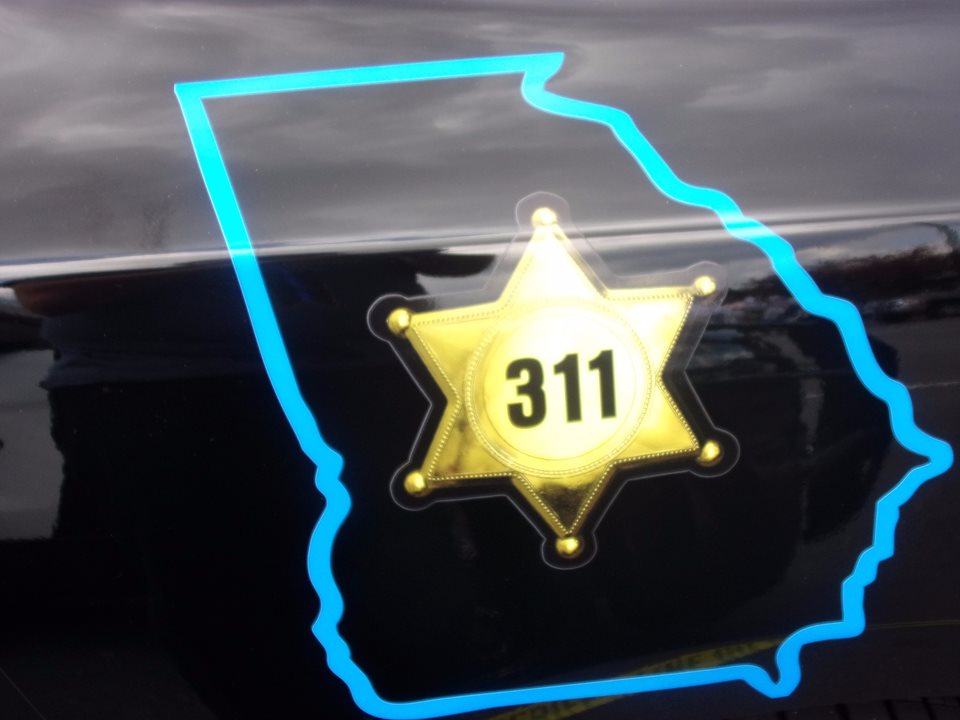 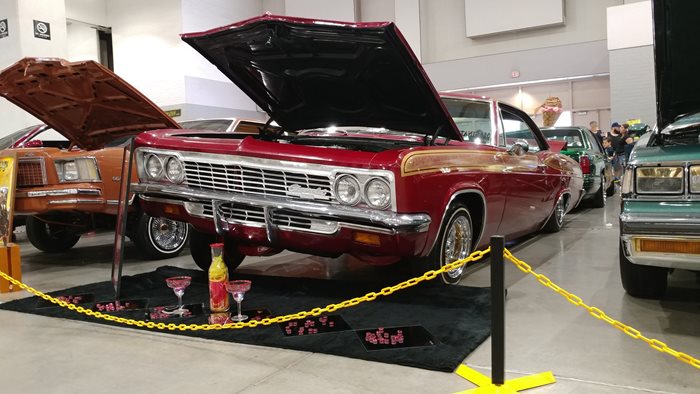 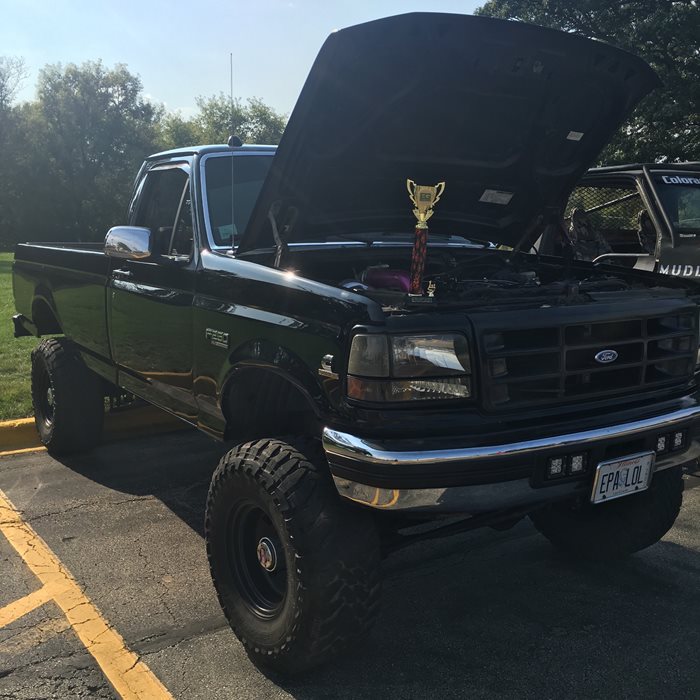 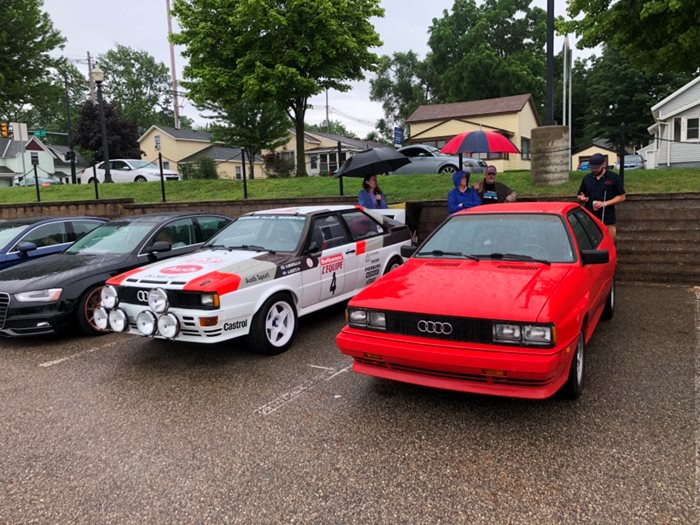 Auto Show
2018 EuroHanger sponsored by VW in Holland Michigan. Between 300-400 cars showed up. Some from as far away as Utah and Miami Florida.
Comment Like 0 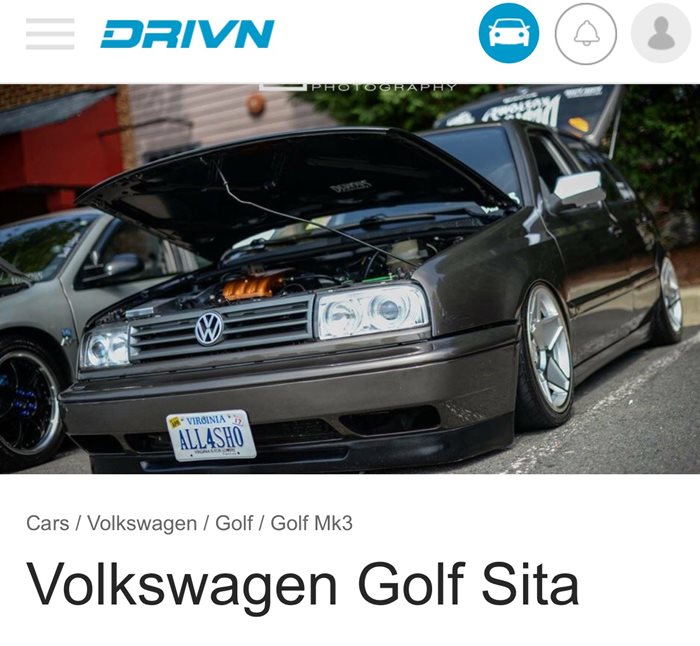 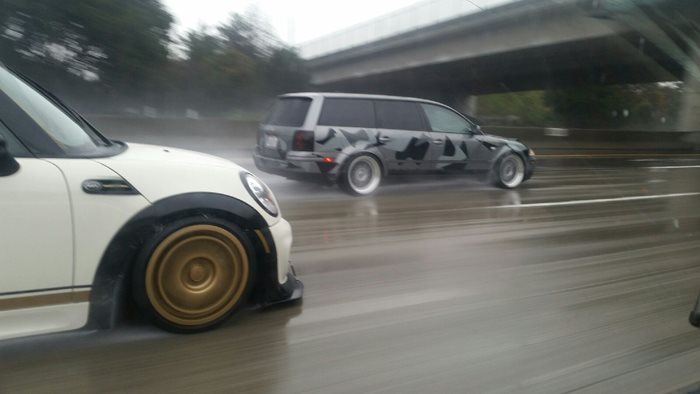 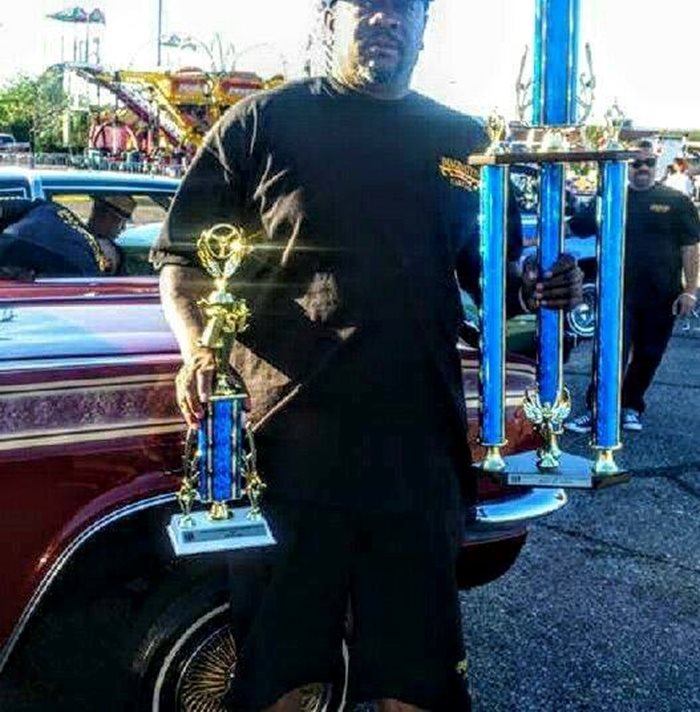 Got my first win!

Auto Show
Got my first win of the year. Took 1st in 60's category and Best in show!
Comment Like 10