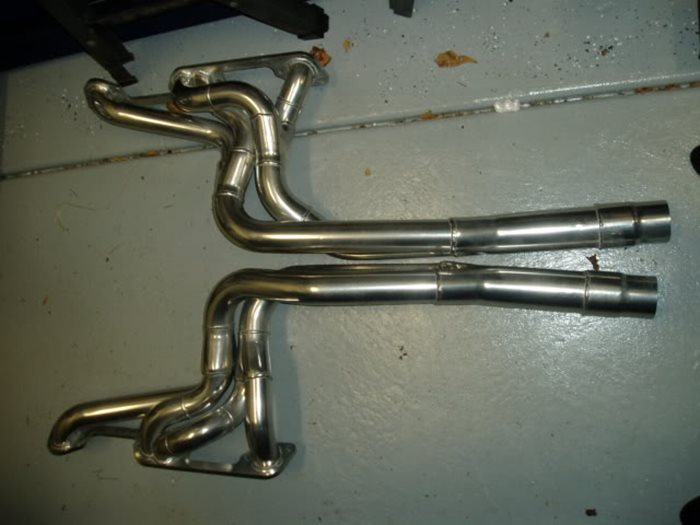 The headers I use are a set of semi-custom made Tri-Y headers originally patterned off of a set produced by H-O racing back in the seventies and were produced by a company called Tribal Tubes which is owned by Ron Watt. My car served as the test fit vehicle as it had a manual transmission and after the first set didn't fit on my car, Ron changed his design and stopped producing the original design. This set is one of the first if not the first set of second design headers. Ron is still making similar headers and has a Facebook page: https://www.facebook.com/tribal.tubes/

There are several reasons I chose this style of header but ground clearance in any second generation F-body is at a premium. It is simply easier to package two larger tubes side by side going into the collector than four tubes, two of which get stacked on top of each other like a traditional header. This yields at least an inch and a half of precious clearance. They also are more compact in the engine compartment leaving more clearance around the starter, oil filter and motor mounts. Although my car is a street car with a full exhaust, there are some performance advantages as well. Here is an article from Hot Rod with some dyno testing: http://www.hotrod.com/articles/ctrp-0806-exhaust-header-dyno-test/

I dislike the way most Pontiac's sound and they sound that way for a variety of reasons. One of them is many have the center ports of their headers or manifolds siamesed from two ports into one tube. There are crossovers going from the center exhaust ports on one side, through the intake manifold to the other. The end result is they sometimes end up sounding like a boat. I blocked off the crossovers, added the Tri-y headers, an X-pipe and a set of Magnaflows. I am very pleased with the result and my car sounds like no Pontiac I have heard. 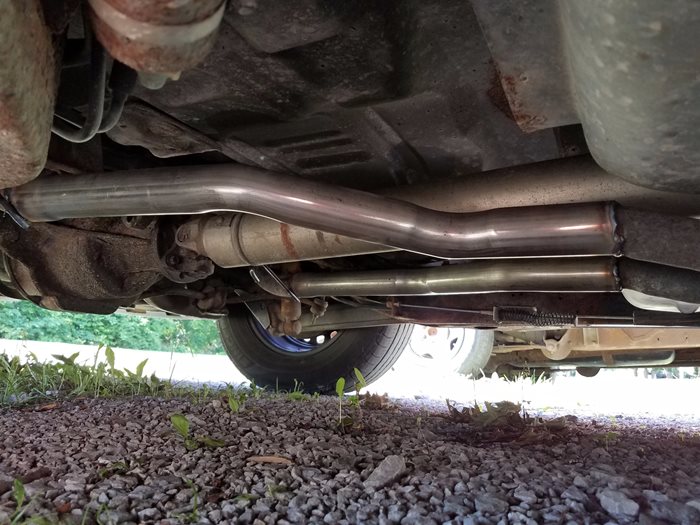 Exhaust
So I finally got around to being able to loose those mufflers! And it was worth it. The old Crown Vic sounds pretty good!
Comment Like 5 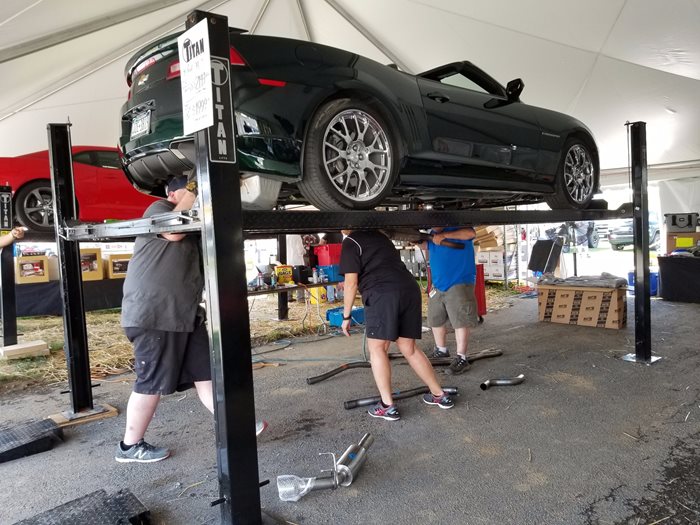 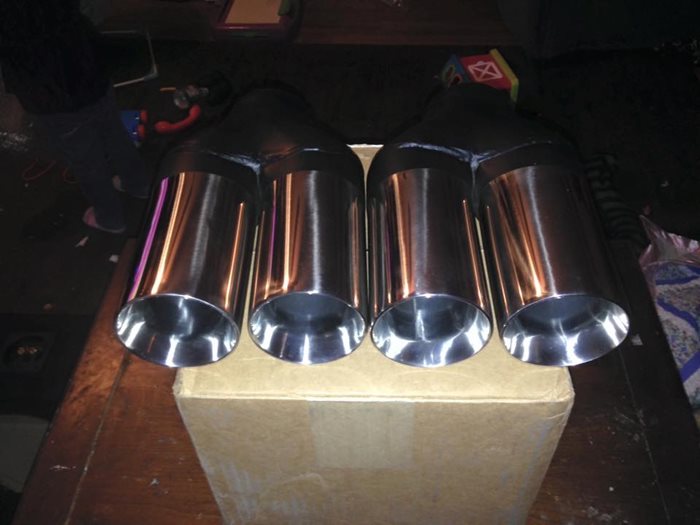 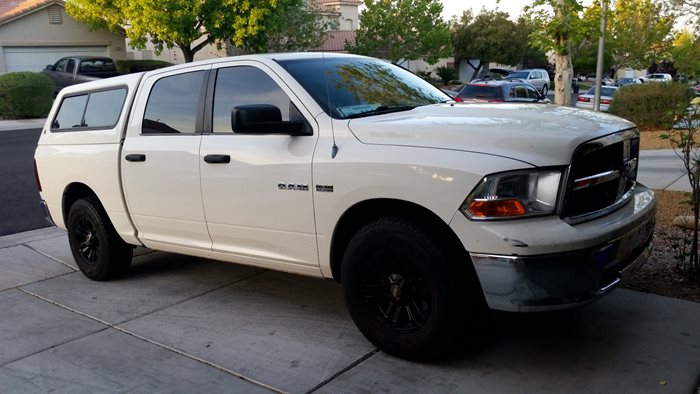 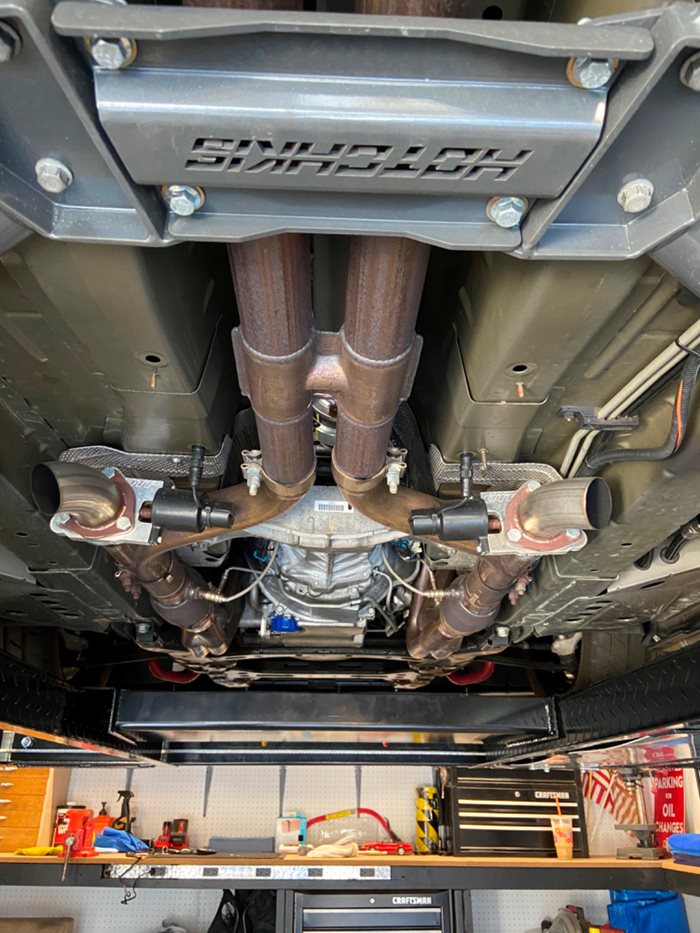 Exhaust
I installed QTP electric cut outs on my exhaust. Definitely loud and a lot of fun especially after making this a 777 RWHP motor.
Comment Like 2 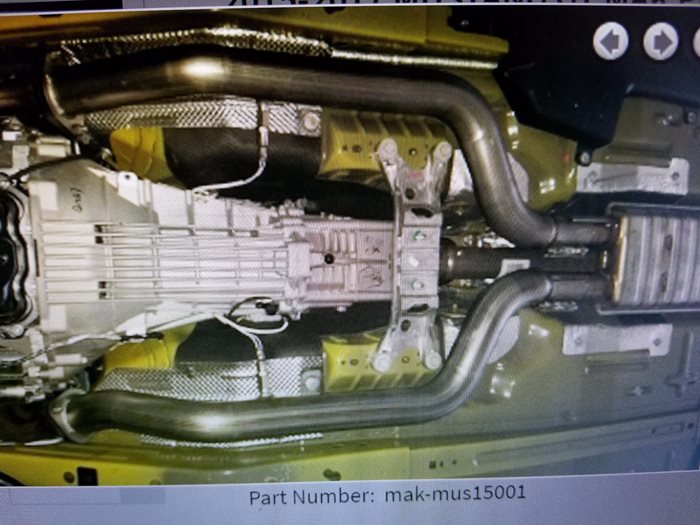 Got scammed on a 2nd hand MAK cat delete kit

Exhaust
II bought a MAK cat delete kit 2nd hand off of Facebook and the seller sent a modified manifold with the flange welded on, but he neglected to say...
Comment Like 0